Born in Miller, South Dakota, she attended the public schools, graduated from the Stout Institute in Menomonie, Wisconsin, and also attended Dakota Wesleyan University and the University of Minnesota.

Harlan Bushfield was an attorney and Republican Party official who served as Governor of South Dakota from 1939 to 1943. During his governorship, his wife was the official sponsor of the launch of the USS South Dakota (BB-57) on June 7, 1941 in Camden, New Jersey.

Harlan Bushfield served as a U.S. Senator from 1943 until his death in September, 1948. He was not running for reelection in 1948, and the contest to succeed him was between Karl E. Mundt, the Republican nominee, and Democrat John A. Engel.

On October 6, 1948, Vera Bushfield was appointed to the Senate to temporarily fill the vacancy caused by her husband's death. She served from October 6, 1948 until her resignation on December 26, 1948. Mundt had won the November election, and her resignation enabled Governor George T. Mickelson to appoint Mundt to the vacancy, giving him a few days of additional seniority over other Senators elected in 1948, whose terms began in January, 1949.

Vera Bushfield died in Fort Collins, Colorado on April 16, 1976. She is buried at the G.A.R. Cemetery in Miller. 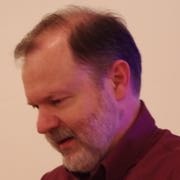