Dr. D. Veerendra Heggade (ಡಾ. ಡಿ. ವೀರೇಂದ್ರ ಹೆಗ್ಗಡೆ) (born November 25, 1948) is a philanthropist and the hereditary administrator/Dharmadhikari of the Dharmasthala Temple. He succeeded to the post of Dharmadhikari at the age of 20, on October 24, 1968 becoming the 21st Dharmadhikari of Dharmasthala Temple. In less than four decades, since he assumed responsibilities in 1968, he has carried his heritage to greater heights. Not only by continuing to protect the essence of the Kshetra, but also by achieving remarkable progress in his service to mankind.
Considering the magnanimous service rendered by Dr.D.Veerendra Heggade to mankind, several organizations, Universities, Government Bodies have honored him with awards. In April 1993 he was honored with the title Rajarshi by Shankar Dayal Sharma, President of India. Dr. Heggade has also been honoured with the Padma Bhushan and the Padma Vibhushan award, India's third and second highest civilian awards. He has been awarded with the coveted Karnataka Ratna award for the year 2009. This has been awarded to Dr.Heggade as a recognition to his outstanding contribution to humanity. Karnataka Ratna is the highest civilian award in Karnataka.

Veerendra was born the eldest son of Dharmadhikari Ratnavarma Heggade and his wife Rathnamma Heggade (née Shetty). He belongs to the Pergade dynasty, who are the hereditary trustees of the famous Sri Dharmasthala Manjunatha Swamy temple in South Kanara district of Karnataka. Despite being the trustees of a Hindu temple, the family are of the Jain religion, and they belong to the Diagambar Jain . Veerendra has three younger brothers, Harshendra Kumar Heggade, Surendra Kumar Heggade and Rajendra Kumar Heggade, and a sister, Padmalata Heggade. He married Hemavathi Heggade in a match arranged, as is traditional in India, by their parents. Veerendra and Hemavathy are the parents of a daughter, Shraddha.

As the eldest son, Veerendra succeeded his father as Dharmadhikari (administrator) of the temple and its properties, which are held in trust for the benefit of devotees and of Dharma. He is the twenty-first member of the Pergade dynasty to hold the position of Dharmadhikari of the Dharmasthala Temple. As he has no sons, his heir is his senior-most younger brother, Harshendra.

Dharmadhikari Veerendra Heggade is a car collector and photography aficionado. His car collection is on display in Dharmastala.

What distinguishes Shri Veerendra Heggade is that while being the head of a revered religious institution, he is, today, far more than that. His years of practicing 'active' Dharma have given him a vision that combines social issues such as education and environment with religion.

contributions to the culture

Recently has been propagating the importance of tapping solar energy and provided such facilities to several villages.

Dharmadhikari Heggade has been a great supporter of preserving Tuluva culture and heritage.

Mr. Heggade has received numerous awards for his various contributions to the community. 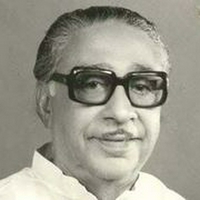 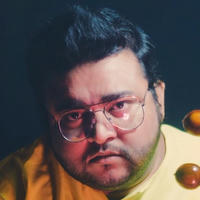 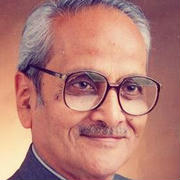