Vatroslav Petrinović (born 13 April 1959) is a retired Croatian football defender, who played at the end of the 1970s and during the 1980s for Hajduk, Iskra, Admira, Budućnost Titograd, Šibenik and Olimpija. While playing for Hajduk he scored a goal in the UEFA Cup match against Metz played on 18 September 1985. 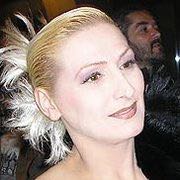