Born into a peasant family in the village of Serebryanye Prudy in the Tula region south of Moscow, he was the eighth of twelve children and the fifth of eight sons. At the age of twelve, he left school and his family home to earn his living in a factory in St. Petersburg, turning out spurs for cavalry officers. Chuikov and all his brothers became soldiers and fought in the Russian Civil War.

The Russian Revolution and Civil War

During the turmoil of the Russian Revolution of 1917, Chuikov became unemployed. Later the same year, an older brother arranged for Chuikov to be recruited into the Red Guards. The year after, in 1918, he joined the Red Army.

In October 1918, Chuikov saw active service when he was sent to the Southern Front as a deputy company commander to fight against the White Army. In the spring of 1919, he became commander of the 40th Regiment (later renamed the 43rd), part of the 5th Army under Tukhachevsky facing the White Army under Kolchak in Siberia.

Chuikov's record of service during the Civil War was distinguished. In the fighting from 1919 to 1920 he received two awards of the Order of the Red Banner for bravery and heroism. He was wounded four times—one, in Poland in 1920, left a fragment in his left arm that could not be operated on. It led to partial paralysis and caused him to lose temporary use of his arm. Chuikov carried this war wound for the rest of his life, and it eventually led to septicaemia breaking out in 1981, causing a nine-month illness and finally his death.

He left his regiment in 1921 to continue his studies at the Frunze Military Academy, from which he graduated in 1925.

Chuikov commanded the 4th Army in the Soviet invasion of Poland in 1939. He commanded the 9th Army in the Russo-Finnish War of 1940. His army was defeated by the Finns at Suomussalmi and Raate Road. He was then sent to China as an adviser to Chiang Kai-shek. In May 1942, the USSR recalled him. According to Chuikov's memoirs, his recall was due to Nationalist China claiming that the USSR was providing military aid as part of an attempt to draw the USSR into the Second Sino-Japanese War.

It was at Stalingrad that Chuikov developed the important tactic of “hugging the enemy”, Guerrilla warfare, by which under-armed Soviet soldiers kept the German army so close to them as to minimize the superior firepower enjoyed by the Wehrmacht. Chuikov had witnessed firsthand the blitzkrieg tactics the Nazis had used to sweep across the Russian steppe, so he used the Germans' carpet-bombing of the city to draw panzer units into the rubble and chaos, where their progress was impeded. Here they could be destroyed with Molotov cocktails and Russian artillery operating at close range. This tactic also rendered the German Luftwaffe ineffective, since Stuka dive-bombers could not attack Red Army positions without endangering their own forces.

After the victory at Stalingrad, the 62nd Army was redesignated the Soviet 8th Guards Army. Chuikov then commanded the 8th Guards as part of 1st Belorussian Front and led its advance through Poland, finally heading the Soviet offensive which conquered Berlin with the Allied forces wiping out what was left in Southern and Western Germany in April/May 1945.

Chuikov's advance through Poland was characterized by massive advances across difficult terrain (on several occasions, the 8th Guards Army advanced over 40 miles in a single day). On 1 May 1945, Chuikov, who commanded his army operating in central Berlin, was the first Allied officer to learn about Adolf Hitler's suicide, being informed by General Hans Krebs who had come to Chuikov's headquarters under a white flag. He accepted the surrender of Berlin's forces from General Helmuth Weidling.

After the war, Chuikov stayed in Germany, later serving as Commander-in-Chief of the Group of Soviet Forces in Germany from 1949 until 1953, when he was made the Commanding General of the Kiev Military District. While serving at that post, on 11 March 1955 he was promoted to Marshal of the Soviet Union. From 1960 to 1964, he was the Commander-in-Chief of the Soviet Army's Ground Forces. He also served as the Chief of the Civil Defense from 1961 until his retirement in 1972. From 1961 until his death, he was a member of the Central Committee of the Communist Party of the Soviet Union.

He was a major consultant for the design of the Stalingrad battle memorial on Mamayev Kurgan, and was buried there after his death at the age of 82. The tombstone of Marshal Vasily Chuikov 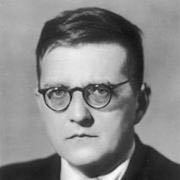