Vasili Nikitich Mitrokhin (Russian: Васи́лий Ники́тич Митро́хин; March 3, 1922 – January 23, 2004) was a major and senior archivist for the Soviet Union's foreign intelligence service, the First Chief Directorate of the KGB, who defected to the United Kingdom in 1992 after providing the British embassy in Riga with a vast collection of KGB files, which became known as the Mitrokhin Archive. The intelligence files given by Mitrokhin to the MI6 exposed an unknown number of Russian agents, including Melita Norwood.

Towards the end of the second World War, Mitrokhin took a job in the military procurator's office in Kharkiv in the Ukrainian SSR. He entered the MGB as a foreign intelligence officer in 1948. His first foreign posting was in 1952.

During the 1950s he served on various undercover assignments overseas. In 1956, for example, he accompanied the Soviet team to the Olympic Games in Australia. But later that year, after he had apparently mishandled an operational assignment, he was moved from operational duties to the archives of the KGB's First Chief Directorate and told he would never work in the field again.

Mitrokhin sometimes dated the beginnings of his disillusionment to Nikita Khrushchev's famous speech to the Communist Party of the Soviet Union congress denouncing Joseph Stalin, though it seems he may have been harbouring doubts for some time before that. For years he had listened to broadcasts on the BBC and Voice of America, noting the gulf between their reports and party propaganda.

Yet when he began looking into the archives, he claimed to have been shocked by what he discovered about the KGB's systematic repression of the Soviet people. "I could not believe such evil", he recalled. "It was all planned, prepared, thought out in advance. It was a terrible shock when I read things."

Between 1972 and 1984 he supervised the move of the archive of the First Chief Directorate from the Lubyanka to the new KGB headquarters at Yasenevo. While doing so he made copies and immensely detailed notes of documents from the archive. He retired in 1985.

During the Soviet era, Mitrokhin made no attempts to contact any western intelligence services. After the dissolution of the Soviet Union (in 1991) he traveled to Latvia with copies of material from the archive, and walked into the American embassy in Riga. Central Intelligence Agency officers there did not consider him to be credible, concluding that the copied documents could have been faked. He then went to the British embassy, and a young diplomat there saw his potential. Following a further meeting one month later with representatives of the Secret Intelligence Service, (MI6) operations retrieved the 25,000 pages of files hidden in his house, covering operations from as far back as the 1930s. He and his family were then exfiltrated to Britain, even though authorities of Yeltsin's Russia were not impeding the free travel abroad of active or retired members of secret services or members of their families.

Richard Tomlinson, the MI6 officer imprisoned in 1997 for attempting to publish a book about his career, was one of those involved in retrieving the documents from containers hidden under the floor of the dacha.

These works are collectively referred to as the Mitrokhin Archives. 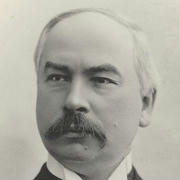 Is a Soviet-Ukrainian art director and actress 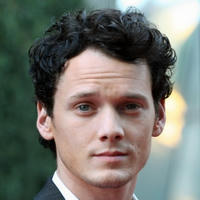