Vania Heymann (Hebrew: וניה הימן‎‎; born March 27, 1986) is an Israeli artist and film director. His work includes music videos for artists such as Coldplay, Bob Dylan, CeeLo Green, Asaf Avidan, and Keys N' Krates, videos created during his studies at the Bezalel Academy of Art and Design that have received critical acclaim and a TV series composed of two-minute episodes broadcast as part of Eretz Nehederet ("Bekitzur"). Heymann also directs commercials, including spots for Pepsi, American Express and the Grammys.

Vania Heymann was born in Jerusalem to an Orthodox Jewish family. His parents emigrated to Israel from France in the early 70s. Heymann began his studies at the Bezalel Academy of Art and Design in 2010 in the Visual Communications track. That year Heymann created a video dealing with religious symbols through replacing them with a simple IKEA watering can; this homework assignment was posted to YouTube and has since become viral gaining hundreds of thousands of views on YouTube and Vimeo. Many of its viewers saw this video as an atheistic composition manifesting Russell's atheistic teapot. A number of prominent atheist thinkers shared the video online and supported Heymann, including biologist Richard Dawkins and author Sam Harris.

In his second year at Bezalel, Heymann created three videos (again as homework assignments), receiving a total of more than 1 Million views on YouTube. The first video is a homage to the French series Bref, the video tells (very quickly) the story of a failed blind date. He then created "Der Mensch" an Opening title sequence for a would be Orthodox Western, whose main character frees Agunot. The third video is "shelf life," in which Heymann animated characters on food packaging in the refrigerator; the third video caught the attention of mainstream media in Israel.

In May 2012 a music video Heymann directed for Asaf Avidan was released. The music video for the single "Different Pulses" has 3.5 million views on YouTube and was even named "Video of the Year" by some. In 2012 Heymann was creating commercial work, his first ad was made for Pepsi and was a collaboration with comedian Roy Kafri - the two created together a one-minute spot for the drink Pepsi Max. Heymann later created a campaign for Pepsi Max involving an augmented reality app he created. Roy Kafri and Heymann also created an ad for a small start-up starring model Bar Refaeli, the ad was a Macabre one-minute musical. The two also collaborated on a music video for one of Kafri's popular songs ("Yes I Did Approach Ido"). In October 2012 Heymann created a music video for the song "Young Professionals" by TYP, the project was a commercial collaboration with the American Express Company.

In January 2013, the TV program Eretz Nehederet ("Wonderful Country")of Channel 2 broadcast a series called Bekizur ("in short") adapted from the French series, Bref, composed of two-minute episodes. Heymann directed the series and participated in writing the Hebrew script. In April 2013 Heymann created another beer commercial this time for Maccabee beer, featuring Isaiah Mustafa. A YouTube video of the ad received one million hits.

In November 2013, the website of Bob Dylan released an interactive music video which Heymann created and directed for the song "Like a Rolling Stone; this song was first released in 1965 and had not previously had an authorized video. The video allows viewers to flip through 16 television channels, which all feature characters who are lip-syncing the lyrics of the song.

In December 2013 Time Magazine Named the video best music video of 2013. The video has since won many prizes including a Webby Award for Best Editing and 4 Gold Lions at the Cannes Lions in the Film Craft, Direct, and Branded Content & Entertainment categories.

In 2015 Heymann continued releasing traditional video work along with interactive projects. In June 2015 an interactive mobile project he created for Canadian group Keys N' Krates single "Save me" was released, the video was an experiment in what could be considered the world's first mobile music video to act as a social network, allowing the users to scroll through thousands of fan sourced gifs that are essentially photobombed by the band. A month later CeeLo Green released "Robin Williams" a first single from an album expected later in 2015, the song was released alongside an interactive video showing the song's lyrics typed in a Google search bar, with each word generating different results. Viewers are able to seamlessly toggle between Google, Google Images, Google Shopping and Google Videos to see what comes up via each lyric. 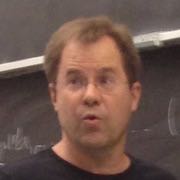 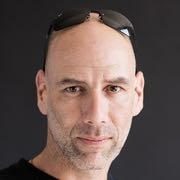