Van Gordon Sauter (born September 14, 1935, in Middleton, Ohio) is a television executive who served as the president of CBS News and the president of Fox News. He is also a member of the Brown political family of California.

Sauter graduated with a bachelor's degree in English from Ohio University in 1957 and with a master's degree in journalism from the University of Missouri in 1959. After leaving college, he worked as a reporter and staff writer for newspapers in Massachusetts, Detroit, and Chicago.

In 1992, he was hired to be the president of the new Fox News division. He left Fox News when he became heavily involved in his wife's campaign for governor. 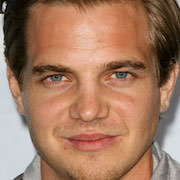