Valtteri Filppula (born 20 March 1984) is a Finnish professional ice hockey forward currently playing for the Tampa Bay Lightning of the National Hockey League (NHL). He has previously played for the Detroit Red Wings, whom he won the Stanley Cup with in 2008.

Filppula was drafted by the Detroit Red Wings in the third round, 95th overall, in the 2002 NHL Entry Draft. Filppula started his hockey career with the Jokerit organization, and secured his place in the SM-liiga team in the 2003–04 season as an offensive forward. He won the SM-liiga silver medal with Jokerit in 2005, and was set to become the team's number one center for the next season. However, Filppula moved to North America to play for the Grand Rapids Griffins of the American Hockey League (AHL), the top minor league affiliate of the Detroit Red Wings. He was selected to play for PlanetUSA in the 2005–06 AHL All-Star Game.

On 15 December 2005, Filppula made his NHL debut with the Red Wings, becoming the first Finnish player ever to play an NHL game for Detroit. He scored his first NHL goal on 28 October 2006, against former Red Wing goaltender Manny Legace in a game against the St. Louis Blues. He then scored his first playoff career goal in Game 1 of the 2007 Stanley Cup playoffs against the Calgary Flames on 12 April 2007, his first post-season game.

Filppula continued playing for the Red Wings and scored 36 points on his third season for the team in the 2007–08 season. He won his first Stanley Cup when Red Wings defeated the Pittsburgh Penguins in six games in the 2008 Stanley Cup Finals. He scored the second goal for Detroit in the decisive sixth game of the series, a game in which the Red Wings won 3–2.

On 21 September 2012, Filppula signed with his former team club Jokerit in Finland as a result of the 2012–13 NHL lockout that halted play. He returned to the Red Wings at the conclusion of the lockout, as his contract with Jokerit was signed to last as long as the lockout did.

Filppula was named captain of Finland at the World under-18 Championships in Slovakia in 2002. At the 2004 World Junior Ice Hockey Championships, he scored four goals and five assists in seven games to be selected as the tournament all-star. He was selected to play for Finland at the 2010 Winter Olympics, which eventually resulted in a bronze medal win over Slovakia. He scored the empty net goal in the 5–3 win.

On 7 January 2014, Filppula was named to the team Finland roster for the 2014 Winter Olympics in Sochi. On 6 February 2014, Filppula suffered an ankle injury in Tampa Bay's 4–1 loss to the Toronto Maple Leafs. The injury was diagnosed as a non-displaced fracture and he was expected to miss at least three weeks, forcing him to miss the Olympics.

Filppula is the younger brother of Ilari Filppula. 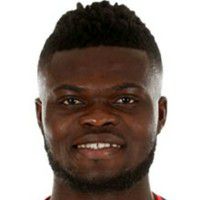 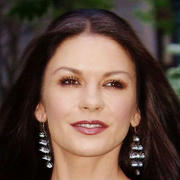