Valeriy Volodymyrovych Yevdokimov (Ukrainian: Валерій Володимирович Євдокимов; born 17 November 1969) is a Ukrainian major general. He is the current Head of the Foreign Intelligence Service of Ukraine (since 20 September 2019).

He graduated from the Institute of Border Troops, the National Academy of the Security Service and the Kyiv-Mohyla Business School.

Yevdokimov served in the Border Troops, the State Security Administration and the State Border Guard Service.

From 9 July to 20 September 2019 – Deputy Head of the Foreign Intelligence Service of Ukraine. 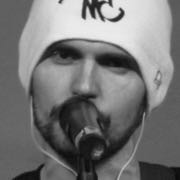