Valérie Bemeriki (born 1955) was a presenter on the Rwandan radio station Radio Télévision Libre des Mille Collines (RTLM), which played a significant role in promoting the genocide against the Tutsi.

Although born in Rutshuru, Democratic Republic of Congo (then Belgian Congo), Bemeriki's hometown is Giciye commune, Gisenyi préfecture, in Rwanda. Prior to working at RTLM, Bemeriki worked for the ruling MRND party as a propagandist, also writing for the Interahamwe's (MRND's youth wing) publication.

One of the main animatrices of RTLM, Bemeriki frequently read out names and addresses of alleged "RPF accomplices", inciting targeted violence and often murder on the named individuals by groups such as the Impuzamugambi and Interahamwe militias. Bemeriki's style of presenting was representative of RTLM's overall hateful rhetoric, used alongside a colloquial type of tongue-in-cheek humor. On April 8, 1994, two days after the assassination of Rwandan president Juvénal Habyarimana, Bemeriki ironically noted on air that opposition members of the previous government "could not be found", while several, such as prime minister Agathe Uwilingiyimana had already been murdered. Based on an encounter at an interview at the offices of RTLM, Roméo Dallaire, the Force Commander of UNAMIR, has described Bemeriki as "very aggressive". On June 28, 1994, over a month after the interview, Bemeriki stated on-air that "Dallaire is the basis of this war".

After Kantano Habimana, Bemeriki was the announcer with the second most airtime, approximately 17% of all RTLM broadcasts.

Following the genocide, Bemeriki was named as one its 2,133 "planners, organizers, instigators, supervisors and leaders" in accordance with the Genocide Law of the Republic of Rwanda (1996).

Bemeriki fled Kigali for her native Zaire in July 1994 and was arrested in Minova, near Bukavu in the (by then renamed) Democratic Republic of the Congo on 13 June 1999 by the Rwandan military. She was convicted of and pleaded guilty to planning genocide, inciting violence and complicity in several murders and sentenced to life imprisonment by a Gacaca court in 2009.

Democratic Republic of the Congo politician 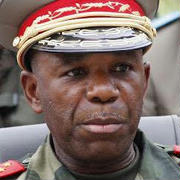