Valeriya Sergeeva Kozlova (born January 22, 1988 in Moscow) better known as Lera Kozlova is a Russian musician most famous for her work with the pop-rock band Ranetki where she provided the vocals and played the drums. After a three year stint in the band with one full album and a live album, she was forced to leave the band during the recording of the second album by the band's producer Sergey Milnichenko.

She then started a solo career under the name LeRa (ЛеPа). She is currently working on her first album which has been given the tentative title "My Summer Rain".

Lera formed the band Ranetki girls with school friends Anna Rudneva, Evgeniya Ogurtsova, Natalya Schelkova and the first bass player Alina Zubitska. Alina quickly left, to be replaced by Elena Tretyakova. The first album "Ranetki" was released in 2006. The song "O Tebe" found its way to the world as a part of Vladivostok FM, a mock Russian radiostation in Grand Theft Auto IV. This gave the band initial worldwide recognition.

In November 2008, it was revealed that Lera had left Ranetki, under pressure of former boyfriend, producer Sergey Milnichenko.

In 2011, after performing 3 songs for the magazine OOPS, Lera announced the closure of project LERA and her departure from the scene. Rumors circled in June about the resumption of concerts, however Lera herself denied the statements, the girl wants a personal life.

Since 2006, Lera has starred in the TV show Ranetki on the Russian channel STS (CTC) following a fictional story on the formation of Ranetki. After her departure from the band, it was noted that she would also slowly leave the TV show. A storyline was written about Lera being invited to study overseas in London, which she would accept. Recently, Lera has returned to the show. 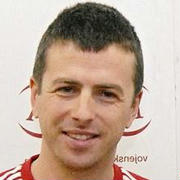