Valentina Sampaio was born as Valentino in a fishing village in Aquiraz, Ceará, which is in Northeastern Brazil. Her mother is a schoolteacher and her father is a fisherman.

At eight years of age, her psychologist identified her as transgender, but she did not start calling herself Valentina until she was 12.

She has said in many interviews that she was not bullied for her gender identification. A 2017 New York Times profile of Sampaio mentioned that her parents "were always supportive and are very proud" of her, and her classmates were also very accepting because she said that "they already saw me as a little girl."

Sampaio initially studied architecture in Fortaleza, but she dropped out at 16 to study at a preschool. It was there that a makeup artist discovered her and signed her with a São Paulo modeling agency.

In 2014, a clothing company fired Sampaio from her first modeling job because of her transgender identification. Although she was supposed to be in one of their ad campaigns, the company – which she has not disclosed – told her that the brand was conservative and its clients would not be receptive to a transgender model. Despite this hurdle at the very beginning of her career, she left her home state of Ceará for the first time to act in an independent film in Rio de Janeiro that later debuted at São Paulo Fashion Week.

In November 2016, she first walked her first runway at São Paulo Fashion Week. Soon after, L'Oréal made a short film about Sampaio, which they released on International Women's Day, and later the company made her one of the company's brand ambassadors. She is a L'Oréal Paris spokeswoman along with several other Brazilian women including: Grazi Massafera, Taís Araújo, Juliana Paes, Isabeli Fontana, Emanuela de Paula, Ágatha Moreira, and Sophia Abrahão.

In February 2017, Sampaio received international media attention after appearing on the cover of Vogue Paris and becoming the first transgender model to appear on the magazine's cover. Later that year, she also appeared on the covers of Vogue Brasil and Vogue Germany. She is the first openly transgender woman to be featured on both magazines' covers as well. Other magazine cover appearances of Sampaio's include Vanity Fair Italia, Elle Mexico, and L'Officiel Turkiye. She has also worked with brands such as Dior, H&M, Marc Jacobs, Moschino, L'Oréal, and Philipp Plein. She is now signed with New York modeling agency The Lions.

In 2018, she was photographed on her way to the casting of the 2018 Victoria's Secret Fashion Show but she was not hired.

On August 2, 2019, Sampaio indicated her association with Victoria's Secret PINK on her Instagram account, making her the first openly transgender Victoria's Secret model. Her agent confirmed that VS PINK had hired Sampaio for a catalog photo shoot that will be released sometime in August. Nearly all news sources that covered Sampaio's hiring mentioned the timing between this hiring and the notorious November 2018 Vogue interview in which the Victoria's Secret parent company's chief marketing officer Ed Razek commented that he doesn't think that the Victoria's Secret Fashion Show should feature "transsexuals" in the show. 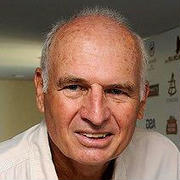