Valentin Yordanov Dimitrov (Bulgarian: Валентин Йорданов Димитров; born January 26, 1960), also transliterated Jordanov, is a retired Bulgarian freestyle wrestler who competed in the up to 52 kg weight class. He is an Olympic gold medalist, seven-time world champion, seven-time European champion, and the only wrestler to hold 10 medals (seven gold, two silver and one bronze) from world championships.

He was born in the Bulgarian village of Sandrovo in the Ruse Municipality. He began wrestling at the age of 10, and was coached by Georgi Achev from 1970 to 1978. He did his military service at the sports school of the CSKA Sofia sports club from 1978 to 1980, where he worked with Yancho Patrikov. He won his first European championship in 1980 in Bursa, Turkey, and his first world championship in 1983 in Kiev. He continued to work at the CSKA sports club until 1990. He was one of two people to be named the Bulgarian Sportsperson of the Year in 1989.

In 1990, Yordanov emigrated to the United States, training and living at multi-millionaire John Eleuthère du Pont's Foxcatcher Farm in Pennsylvania while continuing to wrestle for Bulgaria. He won a bronze medal at the 1992 Barcelona Olympics in the Freestyle Flyweight 52 kg event and a gold medal in the same event at the 1996 Atlanta Olympics.

In 2010, convicted murderer du Pont died in prison and bequeathed 80 percent of his estate to Yordanov and his relatives. Du Pont was worth an estimated US$200 million in 1986.

In 2013, Yordanov returned his 1996 Olympic gold medal in protest of the International Olympic Committee's decision to eliminate wrestling from the Olympics. 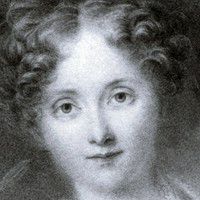