During her reign as Miss France, Chaves began a music career under the mononym Vaimalama, releasing her debut single "Jardin d'hiver" in November 2019. Her debut studio album Good Vaïbes will be released in February 2020.

Chaves was born on 3 December 1994 in Mahina on the island of Tahiti in French Polynesia. Her father works in telecommunications at the Office of Posts and Telecommunications of French Polynesia, while her mother is a nurse. She is of partial Wallisian origin through her maternal grandfather, while she has some paternal Portuguese and Irish ancestry. Chaves is the second of five children, and is the cousin of Mareva Georges, who had been crowned Miss France 1991. As a teenager, Chaves was overweight and was bullied immensely throughout her youth for her weight.

Chaves received her baccalauréat in communications, and later received a BTS in negotiation and customer relations, a bachelor's degree in managerial economics, and a master's degree in management from the University of French Polynesia in 2017. Prior to winning Miss Tahiti, Chaves worked as a community manager at a gym.

Chaves began her pageantry career competing in Miss Tahiti 2018. She went on to win the competition on 22 June 2018 in Papeete and was crowned by outgoing titleholder Turouru Temorere. As Miss Tahiti 2018, Chaves earned the right to represent French Polynesia at the Miss France 2019 competition held in Lille. Preparations for the competition began in November 2018, with Chaves traveling to Paris for pre-pageant activities, Mauritius for the pageant's overseas trip, and then to Lille to begin rehearsals.

The finals were held on 15 December 2018, at the Zénith de Lille. Chaves advanced from the thirty contestants to the top twelve, later also advancing to the top five. She went on to be crowned Miss France 2019 by outgoing titleholder Maëva Coucke, with her first runner-up being Ophély Mézino of Guadeloupe. Chaves was the first Tahitian representative to be crowned Miss France in twenty years, after Mareva Galanter was crowned Miss France 1999, and only the fourth Tahitian crowned ever. On 25 June 2019, Chaves announced that she would not represent France at Miss World 2019 or Miss Universe 2019, as she would rather accompany the contestants of Miss France 2020 during their trip to Tahiti, which would have conflicted with preparation for the international pageants. Her first runner-up, Ophély Mézino, was appointed as Miss World France 2019, while her predecessor, Maëva Coucke, was appointed to represent France at Miss Universe 2019.

In November 2019, Chaves began a music career, performing under the mononym Vaimalama. She released a cover of the song "Jardin d'hiver", written by Benjamin Biolay and Keren Ann and originally performed by Henri Salvador. An official music video for the cover was released via Chaves's YouTube channel on 13 November. Her debut studio album Good Vaïbes will be released in February 2020. 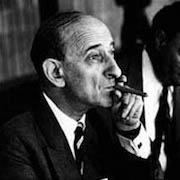