He has played for several clubs in Estonia, including JK Tallinna Kalev and JK Tulevik Viljandi.

Vahtramäe earned his first official cap for the Estonia national football team on 26 October 1994, when Estonia lost 0–7 to Finland in a friendly match. He was a substitute for Mati Pari. 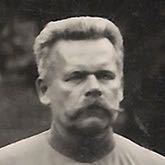