Vellore Lakshmanaswamy Mudaliar Ethiraj (18 July 1890 – 18 August 1960) was an Indian lawyer and philanthropist who founded Ethiraj College for Women, a college in Chennai, India.
His father was Thiru. Vellore Lakshmanaswamy Mudaliar from Thottapalayam village in Vellore district in Tamil Nadu, India.
V. L. Ethiraj received his undergraduate degree from what is today Presidency College, Chennai and received his law degree from the University of Dublin. When he returned to India, he joined The Madras Bar. He was the first Indian to be appointed as Crown Prosecutor by the British Raj.
He donated one million rupees (Rs.10 lakhs) as an endowment for Ethiraj College for Women. He believed that educating a man is educating an individual, but educating a woman is educating the entire family.
One of Ethiraj's successes was the Lakshmikanthan murder case, which he successfully fought in defense of Tamil actors M. K. Thyagaraja Bhagavathar and N. S. Krishnan and got them released from prison.

V.L.Ethiraj was born on 18-07-1890. He is the only child of Vellore Lakshmanaswamy Mudaliar and Ammayi Ammal. His father built the " Lakshmanaswamy hall" and gifted it to the people of Vellore to show his gratitude. This very fine nature of his father, made him very generous.

Since his father was shifting to new places to construct buildings, V.L.Ethiraj had to change schools quite frequently. He was guided by the first Vice President of India, Dr. Radhakrishnan who strengthened his educational base . He did his Post graduation in presidency college and did his degree in Law at London.

THIRU. V.L. ETHIRAJ was against the caste and creed and married an English woman named Kathleen. They had a son named Ethiridge. 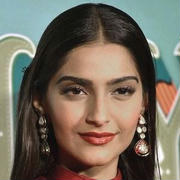