Vincent King Jr. (born January 22, 1997) is an American professional basketball player for the Westchester Knicks of the NBA G League. He played college basketball for the Louisville Cardinals.

King is the son of Lo and Vincent King Sr. When he was in sixth grade at the United Faith Christian Academy, he received his first Division I scholarship offer from Charlotte. Prior to his freshman year of high school, King moved to Akron, Ohio and he attended St. Vincent–St. Mary High School. He became the first freshman to start on the team since LeBron James and he led the Fighting Irish to the state final. As a sophomore, he averaged 17 points per game and was named to the 2013-14 Associated Press Division II All-Ohio First Team alongside teammate Jalen Hudson. King transferred to Paul VI Catholic High School in Fairfax, Virginia prior to his junior year where he was coached by Glenn Farello. He averaged 18.7 points per game as a junior and earned All-Met honors. On the AAU Circuit, King competed for Team Takeover where he averaged 14.2 points and 5.2 rebounds per game in 2015. King scored 35 points in a high school game in December 2015. As a senior, King averaged 22.9 points, 9.6 rebounds, 2.5 assists and 2.1 steals per game. He led the Panthers to a 20-11 record and to the Virginia Independent Schools Athletic Association Division I state championship game. He was a First Team All-Washington Catholic Athletic Conference honoree and was selected as the USA Today Gatorade Virginia Basketball Player of the Year. King was named a McDonald's All American in 2016 and was selected to the Jordan Brand Classic.

King was a five-star recruit ranked 27th in his class according to ESPN, while Rivals.com ranked him number 11 in the class of 2016. On June 12, 2015, King committed to Louisville, spurning offers from Arizona, UConn and Virginia among others. He cited his relationship with Louisville assistant coach Kenny Johnson, previously an assistant at Paul VI, as crucial in his decision.

On February 7, 2017, King scored a career-high 24 points on 8-of-14 shooting in a win against Virginia. As a freshman at Louisville, King averaged 5.5 points per game off the bench. He started every game as a sophomore and averaged 8.6 points and 3.3 rebounds per game, shooting 32 percent from three-point range. As a junior, he started five games and averaged 3.9 points and 3.0 rebounds per game. After the season, he announced he was leaving Louisville and entered the 2019 NBA draft.

After going undrafted in the 2019 NBA draft, King signed with the New York Knicks. He was waived by the Knicks on October 19, 2019. King joined their G League affiliate, the Westchester Knicks.

King competed in the 2014 FIBA Under-17 World Championship representing the United States. He helped the team go 7-0, winning the title while averaging 6.7 points and 2.9 rebounds per game.

The contents of this page are sourced from Wikipedia article on 17 Apr 2020. The contents are available under the CC BY-SA 4.0 license.
View V. J. King 's image gallery
Image Gallery 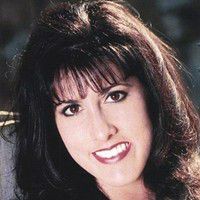 American architect and co-CEO of Gensler 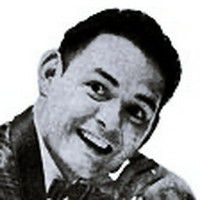