Uwe Kröger (German pronunciation: [ˈuːvə ˈkʁøːɡɐ]; born in Hamm, Germany, 4 December 1964) is a musical star in the German-speaking countries of the world. Besides starring on stage, Kröger has taken part in galas and concerts, as well as making television and film appearances. He has released cast recordings and solo CDs.

Kröger studied song, dance, and acting at the Universität der Künste Berlin (then called Hochschule der Künste). Shortly after finishing his education, he starred in Starlight Express in Bochum, where he became the first German performer to play Rusty the Steam Engine. Then he played in the Viennese and Amsterdam productions of Les Misérables, playing various characters. He was also active as the Assistant Resident Director of the Amsterdam production. Leading parts followed in Jesus Christ Superstar, The Rocky Horror Show, and Starmania.

Kröger's breakthrough performance was the role of der Tod (English: Death) in the world premiere of Elisabeth, a musical by Michael Kunze and Sylvester Levay, in Vienna in 1992. Two years later producer Cameron Mackintosh offered him the role of the American GI Chris in the German-language premiere of Miss Saigon in Stuttgart, where he received phenomenal reviews.

In 1995, Kröger was engaged by Sir Andrew Lloyd Webber to star as Joe Gillis in the German-language premiere of Sunset Boulevard in Niedernhausen. In 1997 he was offered the role of the Beast in the German premiere of the Disney musical Die Schöne und das Biest (English: Beauty and the Beast) in Stuttgart. He then played the role of the Emcee in Cabaret in Vienna before he returned to Miss Saigon (again, as Chris) in Stuttgart.

From October 1999 to May 2000, Kröger played the antagonistic Archbishop Colloredo in the world premiere of Kunze and Levay's new musical Mozart! in Vienna. In June 2000 he performed as the Pharaoh in Joseph and the Amazing Technicolor Dreamcoat at the Raimund Theater in Vienna.

In October 2000 Kröger had his West End debut with the title role in the European premiere of Napoleon at the Shaftesbury Theatre in London. In 2001 he returned to the part der Tod for the German premiere of Elisabeth at the Colosseum Theater in Essen. That year he also starred in his first operetta; he played Felix in Ralph Benatzky's comedy Bezauberndes Fräulein (English: The Charming Young Lady) in Vienna.

In the summer of 2003 Kröger could be seen in Amstetten as Burrs in the German-language premiere of the off-Broadway musical The Wild Party.

He took on the part of Javert in Les Misérables in the Theater des Westens in Berlin. In January 2004 he went together with his colleagues Pia Douwes, Marika Lichter, Viktor Gernot, and Anna Maria Kaufmann for the concert tour "Musical Moments". He also could be heard on the German version of Andrew Lloyd Webber's The Phantom of the Opera (film version), as the Phantom. In May 2004 he held two concerts, "Uwe Kröger in Concert" and "Uwe Kröger and Friends" in his hometown of Hamm.

In June 2004 he traveled to Japan to guest-perform in a concert tour "Diva 2004" with Japanese musical star Maki Ichiro. In November he performed in the gala "Best of Musical" in Köln with other well-known German musical stars.

From 16 December 2004 to the end of February 2005 Kröger again starred as Burrs in The Wild Party, this time in Klagenfurt. In February 2005 he continued one of his famous concert series with the new tour "Musical Moments 2."

Kröger then took on the role of Cardinal Richelieu in the German-language premiere of die Drei Musketiere (English: The Three Musketeers; Dutch (original language): Drie Musketiers) in Berlin until January 2006. Between February and April 2006 he toured Germany with the gala "Best of Musical 2006". From May to July Kröger was able to reprise his role as the Phantom, this time on stage in Essen.

From September 2006 until the end of 2007 Kröger performed in the Kunze and Levay production Rebecca in Vienna as the lead male character, Maxim de Winter. In August 2007 he took on the role of Abraham Van Helsing in a production of Dracula, the Musical as part of the Musical Festival Graz.

In 2008, he returned to Berlin to perform the role of Death again in the tour production of Elisabeth. 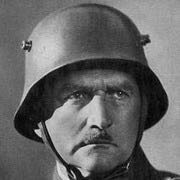 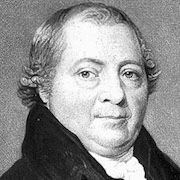