Usilai Mani (உசிலை மணி) was an Indian film Actor, who has worked predominantly in Tamil movie industry. He has acted over 1000 films and stage plays. His popular movies like Enga ooru Kavalkaran, Ayul Kaithi. His Popular dialogue 'பேஷ்... பேஷ்... ரொம்ப நன்னாயிருக்கு! for Narasu's Coffee were very famous in 1980's and 1990's.

His birth name is subramani. his hometown is Usilampatti. Usilmani became famous as Usili, shortening the name of his town.

Usilai Mani is the person who is acting in a natural manner. There are no laughs when Usilimani wanders on screen like an elephant. he has acted more than 1000 films that he has done is in Tamil, though he has acted in Telugu, Malayalam and Hindi. he had acted as the comedian with four generation heroes, starting from MGR and Sivaji to heroes like Kamal Haasan, Rajinikanth and Vijayakanth, Mohan.

The contents of this page are sourced from Wikipedia article on 17 Apr 2020. The contents are available under the CC BY-SA 4.0 license.
comments so far.
Comments
From our partners
Sponsored
Reference sources
References
https://antrukandamugam.wordpress.com/2013/09/10/usilai-moni/
https://www.filmibeat.com/celebs/usilaimani/biography.html
https://www.dinamalar.com/supplementary_detail.asp?id=36344&cat=748&Print=1 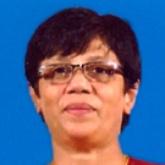 Officer in the Indian Navy