Urs Toni Bühler (born 19 July 1971 in Willisau, Lucerne, Switzerland) is a classically-trained tenor. He is a member of the classical crossover group Il Divo, who have sold over 28 million copies worldwide discs.

His musical training started at the age of five, when Bühler began singing in a choir and also learned to play violin, clarinet, piano, guitar, and drums. His musical career, though, started when he was fifteen in an entirely different genre from lyrical song. He was a member of a cover band and later the lead singer of a heavy metal band called "Conspiracy" when he was seventeen years old in Luzern.

At that time, he was already receiving music lessons at the Academy for School and Church Music. His progress in the field led him to move to Amsterdam in the Netherlands, where he studied voice at Sweelinck Conservatorium with Udo Reinemann, a well-known German baritone. Under the private tutoring of Swedish tenor Gösta Winbergh of the Royal Swedish Opera and French tenor Christian Papis, Urs enriched his classical repertoire. He sang in the choir of the Dutch opera and performed in the Salzburg Festival under the direction of Claudio Abbado. Prior to joining Il Divo, he was mainly based in the Netherlands, singing oratorios and performing with the Netherlands Opera Gezelschap (NOG). Despite many performances there are only a handful of recordings available of him before Il Divo.

In December 2003, Urs became a member of the international musical quartet Il Divo along with Carlos Marín (Spain), Sébastien Izambard (France), and David Miller (United States). He had an informal first audition with the group's creator, Simon Cowell. In Cowell's office, he simply asked Urs to sing for him unaccompanied. Impressed by Buhler's tenor voice, Cowell offered him a place in Il Divo. Their first album, Il Divo, became a worldwide multi-platinum selling record when released in November 2004, entering Billboard at number four and selling five million copies worldwide in less than a year and knocking Robbie Williams from the number one spot in the charts. Their second album, Ancora, was released on November 7, 2005 in the United Kingdom. Il Divo's third album Siempre was released on November 21, 2006 in the United States and on November 27, 2006 internationally. Their latest album, The Promise, was released on November 10, 2008 (world) & November 18, 2008 (US), and shot straight to number 1 in the UK.

Urs has a daughter, Billie, born in 2008 who is from his relationship with Tanya Rodney, the former make-up artist of Il Divo.

Urs married Spanish dancer and model Leticia Martin Crespo on September 12, 2016, in an beach wedding in Ibiza, Spain. The pair met less than a year earlier, when Leticia joined the Amor y Pasion world tour team with Il Divo. She is one of their Latin dancers. 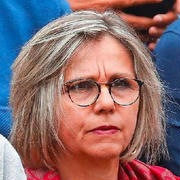