Warushavithana Upul Tharanga (born 2 February 1985), commonly known as Upul Tharanga (Sinhalese: උපුල් තරංග), is a professional Sri Lankan cricketer, and an ODI captain for Sri Lanka, who plays for all formats of the game. He is a left-handed opening batsman and occasional wicket-keeper.

Upul Tharanga had his education at Dharmasoka College, Ambalangoda. He started his cricket career as a teenager at his school. Having played for Nondescripts since the age of 15, he played for Sri Lanka's under-15, under-17 and under-19 squads. He had a successful under-19 World Cup in 2004 with successful innings of 117 and 61 in successive games. He was sent by the Sri Lankan cricketing board to play league cricket for Loughton Cricket Club in Essex.

Tharanga's Sri Lankan call-up in July 2005 made for a mixed 2005, after his family home was washed away by the Asian tsunami. His equipment, which was also washed away, was replaced by Kumar Sangakkara. Tharanga graduated to the "A" team and in July he was selected for the full squad.

On the 2006 tour of England he really began to develop, particularly in the one-day game, scoring over 300 runs in Sri Lanka's 5–0 whitewash of the hosts. In addition, Tharanga is also well known for taking part in a record-breaking first wicket partnership with Sanath Jayasuriya in the final match of this series. He finished off with 109 off 102 balls, and played a pivotal role in completing the whitewash against England.

Tharanga lost his form in the 2007 World Cup scoring only one half century (against New Zealand) he then continued his poor run of form in the home series against England in 2007 where he failed to contribute and often fell before the 10th over often resulting in a middle-order collapse. Subsequently he lost his ODI place to Malinda Warnapura and his test place to Michael Vandort but he remains within the squad.

However, in the 2011 World Cup, he is back to performing remarkably. In the quarter-final game against England, his partnership with Tillakaratne Dilshan, wrapped up the game, each acquiring centuries. His strong form has returned him to the opening position in the strong Sri-Lankan batting line up.

He has also come in for special praise from Jayasuriya, one of the legends of cricket, saying that he could be the next captain of the Sri Lankan cricket team.

Upul Tharanga is the second batsman in the world who was involved with 7 times 200+ partnerships in ODI cricket. The only other player to achieve this feat is Ricky Ponting.

On 2 July 2013, Upul Tharanga scored the second highest ODI score of 174* by a Sri Lankan only behind Sanath Jayasuriya who scored 189 against India. With that innings he became the 9th Sri Lankan player to pass 5000 runs margin. Despite of his low match participation, he has earned 13 centuries and 11 man of the match titles for his name throughout his international career.

After 8 years of scarcity for Test cricket, Tharanga was called to the third Test match against Pakistan on 3 July 2015. He was used as the replacement for Kumar Sangakkara who did play for first two Tests, but not to third Test at Kandy, due to his retirement consideration during India tour. He scored 46 runs in the first innings and 48 in the second innings. However, Sri Lanka lost the series by 2-1.

Tharanga holds the record of waiting for maximum number of days between two test centuries. Since World War-2 it is the longest gaps between Test centuries by a player.

Due to multiple injuries of usual captain Angelo Mathews, Tharanga was selected as Sri Lankan captain, to lead them in ODI tri series in Zimbabwe on 5 November 2016. On 14 November 2016, he led Sri Lankan team for the first time in an ODI against Zimbabwe, which was won comfortably by 8 wickets. At the end, Sri Lanka won the tri-series by defeating the hosts Zimbabwe in the final by 6 wickets.

Tharanga was picked up back as the ODI captain for South Africa series, when Mathews was not available after the injury occurred during second T20I.

A urine sample provided by Tharanga after the world cup semi-final against New Zealand on 29 March 2011 was found to have metabolites of two glucocorticosteroids – prednisone and prednisolone, which are banned by the World Anti-Doping Agency. Tharanga initially claimed he had taken some medication for asthma and had no idea it was a banned drug.

An independent anti-doping tribunal was convened at which Tharanga pleaded guilty, claiming he had taken some herbal remedy to ease discomfort caused by a long-standing shoulder injury. The tribunal accepted that Tharanga "had no intention to enhance his sporting performance or to mask the use of another performance enhancing substance, but that he had failed to satisfy the high levels of personal responsibility implicit upon him as an international cricketer subject to anti-doping rules". The tribunal found Tharanga guilty of breaching the ICC Anti-Doping Code and banned him from all cricket and cricket-related activities for a three-month period (9 May 2011 to 8 August 2011). 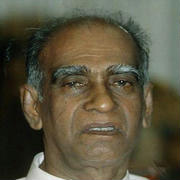 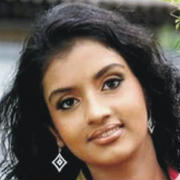 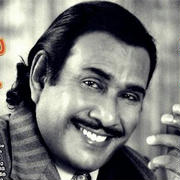