Zaynab al-Sughra (Arabic: زَيْنَب ٱلصُّغْرَىٰ‎, 'Zaynab the Younger'), also known by her kunya Umm Kulthum bint Ali (Arabic: أُمّ كُلْثُوم ٱبْنَت عَلِيّ‎), was the granddaughter of the Islamic prophet Muhammad and the daughter of Ali. Whether or not she married Umar is a controversial topic between Sunnis and Shia. She is given the epithet 'the Younger' to distinguish her from her older sister, Zaynab the Elder (Zaynab al-Kubra).

She was born around 6 AH as the fourth child of Ali and of Muhammad's daughter, Fatimah. Her siblings were Hasan, Husayn and Zaynab al-Kubra. Muhammad gave her the kunya 'Umm Kulthum' because she closely resembled his daughter, Umm Kulthum bint Muhammad, Zaynab's maternal aunt.

Ali wanted his daughters to marry his brother Ja'far's sons, but Umm Kulthum's hand in marriage was requested by the Caliph, who promised, "No man on the face of the earth will treat her better than I will."

Ali protested that she had not yet reached puberty, but Umar commanded that she be presented to him. Ali gave his daughter a striped garment and instructed her: "Take this to the Commander of the Faithful and tell him: 'My father says, "If you like this garment, keep it; if you don't like it, return it."'" When Umm Kulthum brought this message to Umar, she reported, "He did not undo the garment nor look at anything except at me." He told her that he was pleased, and so Ali consented to the marriage. Umar gave his bride a dower of 40,000 dirhams, and the marriage was consummated in November or December 638 (Dhu'l-Qaada 17 AH).

They had two children, Zayd and Ruqayya. Ruqayya later married Ibrahim, a son of Sa'd ibn Abi Waqqas, by whom she had a daughter.

One story from their married life tells how Umm Kulthum sent a gift of perfume to the Empress of Byzantium. The Empress sent back a "superb" necklace for Umm Kulthum. Umar believed that his wife should not have conducted a private correspondence at the expense of the state postal service, so he reimbursed her for the cost of the perfume and placed the Empress’s necklace in the state treasury. Nevertheless, it was said that Umar treated Umm Kulthum "with extreme honour and respect" because she was Muhammad's granddaughter.

However, Shiites are of the view this marriage with Umar did not happen at all.

After Umar's death in 644, Umm Kulthum married her young cousin, Ja'far's son Awn, for a dower of 4,000 dirhams. Her brother Hasan remarked that he had never seen such passionate love as Umm Kulthum's for Awn. However, Awn died after only a short time.

After the death of her husband Muhammad, Umm Kulthum became one of the wives of Awn and Muhammad's eldest brother, Abdullah, who had divorced her sister Zaynab al-Kubra.. With respect to divorce the book of Muhammad Al-Munajjid discloses that Zaynab died while married to him (Abdullah bin Jafar). Umm Kulthum remarked: "I was not shy with [my mother-in-law] Asma bint Umays. Two of her sons died while married to me, but I did not fear this for the third."

Umm Kulthum had no children by any of her three latter marriages.

She is reported to have been present at the Battle of Karbala, during which her earings were taken from her by an attacking soldier. Afterwards, Umm Kulthum is said to have given a eulogy condemning the people of Kufa for abandoning her brother Husayn, who was killed in the battle.

Umm Kulthum and her son Zayd died at the same time, in Abdullah's lifetime. Eighty people attended their funeral, where Sa'id ibn al-'As conducted the prayers, and the congregation included Abdullah ibn Umar and Abu Hurairah.

The contents of this page are sourced from Wikipedia article on 31 Mar 2020. The contents are available under the CC BY-SA 4.0 license.
View Umm Kulthum bint Ali 's image gallery
Image Gallery 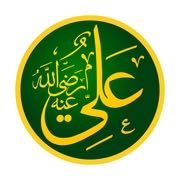 Cousin and son-in-law of the Islamic prophet Muhammad 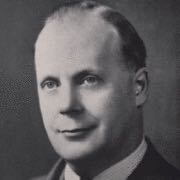 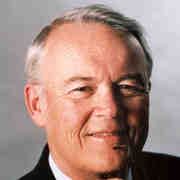