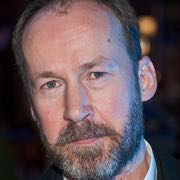 Ulrich Noethen (born 18 November 1959) is a German actor who has appeared in many movies and TV films.

Noethen grew up as the youngest of five children in a parish family. The family initially lived in Neu-Ulm on the Danube, where his father Klaus-Peter Schmid (1920-2018) was dean of the Evangelical Lutheran Church. Later the family moved to Augsburg. He graduated from the Gymnasium bei St. Anna. Initially he studied law for a short time, but later acting at the University of Music and Performing Arts Stuttgart. Ulrich Schmid adopted his mother's birth name (Noethen) as his stage name. He married the actress Friederike Wagner, with which he has a daughter. The couple lived apart from 2005 after thirteen years of marriage. They had divorced since 2009. Ulrich Noethen lives with Alina Bronsky and their three children from their first marriage in Berlin-Charlottenburg. The couple have a daughter together.

From 1985 to 1987 he was a member of the ensemble of the Theater Freiburg. He then worked at the Zelt-Ensemble Birach until 1988 and then moved to the Schauspiel Köln for two years, where he worked under the direction of Frank Castorf and Max Färberböck, among others. He then moved to the Staatliche Schauspielbühnen Berlin. There he drew attention to himself through his performances in productions of Faust, Death and Devil and A Midsummer Night's Dream. When the Staatliche Schauspielbühnen Berlin closed, he switched to film acting.

In 1995, he was able to see him for the first time in the TV series Die Partner. He appeared in Dominik Graf's crime scene episode Frau Bu lacht (1995) and in Der Skorpion (1996). He was nominated for Best Supporting Actor for his role in Der Skorpion.

In 1997, Ulrich Noethen was the year of his breakthrough as a film actor with the role of the acappella singer and arranger Harry Frommermann in the successful movie Comedian Harmonists. For his role, he was awarded the German Film Award for Best Actor in 1998 and, together with Ben Becker, Heino Ferch, Heinrich Schafmeister, Max Tidof and Kai Wiesinger, with the Bavarian Film Award. In 1997 he won the Bavarian Television Award for Best Actor in Der Ausbruch und Busenfreunde.

In 2000 he played the theatre critic and feuilletonist Kurt Tucholsky in the literary film Gripsholm, along with Heike Makatsch, Rudolf Wessely and Jasmin Tabatabai. In 2001, Noethen played the role of Mr. Taschenbier in Paul Maar's film The Sams. In the following years he remained true to the genre of cinema-family comedy with roles in Bibi Blocksberg (2002), Das fliegende Klassenzimmer after Erich Kästner as teacher Dr. Johann "Justus" Bökh (2003) and in the sequel to Das Sams Sams in Danger (2003).

In 2004 he appeared in Oliver Hirschbiegel's film Downfall in the role of Heinrich Himmler, a role he played in 2007 in Dani Levy's black comedy Mein Führer – The Truest Truth about Adolf Hitler alongside Helge Schneider, Sylvester Groth and Ulrich Mühe in complete other interpretation. Also in 2004 he was seen in the TV drama The Boxer and the Hairdresser as gay star hairdresser Fränki Laue. In 2005 he impersonated the character of his father in the tragicomedy Polly Blue Eyes, alongside Matthias Schweighöfer and Meret Becker. In the same year he received a nomination for the German Television Award for his acting creation of the opaquely cool Bent Peerson in Carlo Rola's ZDF multi-parter The Patriarch with Iris Berben in the leading role.

In 2005 he was seen in Die Luftbrücke – Only the sky was free as the war returnee Dr. Alexander Kielberg again alongside Heino Ferch and Ulrich Tukur. For his role he received the German Television Award for Best Supporting Actor. On February 2, 2006 he was awarded the Golden Camera for his role interpretations in The Airlift, The Boxer and the Friseuse, and Silver Wedding as Best German Actor.

In 2007 he impersonated the role of the husband Helmut Halm in Rainer Kaufmann's film A Fleeing Horse, which was adapted by Martin Walser alongside Ulrich Tukur and Katja Riemann. He was nominated for the German Film Award 2008 in the category of Best Actor. In 2009, Ulrich Noethen appeared as Commissioner Tabor Süd in two ZDF films based on Friedrich Ani's crime novels. For Commissioner Süd and the air guitarist, Noethen received the Adolf Grimme Prize as well as before for his leading role in Hermine Huntgeburth's TV two-part Devil's Roast. He was nominated for the German Film Award for his portrayal of the French monarch Charles IX in Jo Baier's historical film Henri 4 (2009).

In Hannah Arendt (2012), Noethen portrayed the philosopher Hans Jonas. Since 2014 he plays the psychiatrist Dr. Jessen in the TV series Neben der Spur. Noethen plays Anne's father Otto Heinrich Frank in the literary film The Diary of Anne Frank, which was shot in spring 2015 and was released in cinemas on 3 March 2016.

Noethen is a member of the German Acting Association (BFFS).

Noethen was originally supposed to play the role of Professor Boerne in the Münster crime scene from 2002, but was unable to maintain his original promise due to other interesting role offers that would have clashed with the long-term format Tatort.

{{}}
The contents of this page are sourced from Wikipedia article on 10 Mar 2020. The contents are available under the CC BY-SA 4.0 license.
View Ulrich Noethen 's image gallery
Image Gallery