Ulrich Merkel was the first husband of Angela Merkel. He is a molecular biophysicist and is currently affiliated with the Technical University of Munich.

He met Angela Kasner in 1974 when they were both physics students, and they married in 1977. The marriage ended in divorce in 1982. Angela Merkel kept her first husband's name. 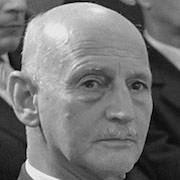