Shortly after the First World War, Graf became a member of the German Workers' Party (DAP). Later, the DAP was renamed the National Socialist German Workers' Party (NSDAP; Nazi Party) and taken over by Adolf Hitler. Founded in 1920, the Sturmabteilung (SA) was the first of many paramilitary protection squads that worked to protect Nazi officials. These storm troopers, outfitted in brown uniforms, were initially charged with the duty of keeping order at Nazi Party meetings. They soon expanded their role to include disruption of rival political party's functions. Graf was an early member of the SA. In 1921, he became member number 2882 of the Nazi Party.

Graf, an amateur wrestler, was selected by Hitler as a personal bodyguard. Graf was a member of a small unit formed in 1923 for Hitler's protection, which became known as Stoßtrupp-Hitler. At that time the bodyguard unit numbered no more than 20 men, including Ulrich Graf.

That same year, Graf took part in the ill-fated Beer Hall Putsch in November. When the column of SA troops approached the blocking detachment of police, Graf, stepped forward and shouted "Don't shoot. His Excellency General Ludendorff is coming." Unfortunately a single shot was fired setting off a volley of shots by both sides. The firing lasted for only sixty seconds, but in that time sixteen SA troops and four policemen lay dead. "Police opened fire and Graf took a bullet to the shoulder before throwing himself on Hitler and taking five bullets.”

Hitler was charged with high treason and sentenced to five years in prison. He only served nine months, not including his time in remand. During his time in prison and for several months following the Nazi Party was in disarray. Nazi chieftains were constantly quarreling amongst themselves in public, causing embarrassment to the party. To counteract this situation Hitler set up a Committee for Investigation and Settlement. The purpose was to settle disputes internally before they became public. Graf was a member of the three man committee.

In December 1924, Graf was elected Councillor in Munich and took office 1 January 1925. In a meeting with Bavaria authorities in January 1925, Hitler agreed to respect the authority of the state and promised that he would seek political power only through the democratic process. The meeting paved the way for the ban on the NSDAP to be lifted on 16 February. That same year, Graf joined the re-established Nazi Party as member number 8. In 1929, he was re-elected as Councillor. By the time Hitler came to national power in 1933, he was a Sturmbannführer in the SS. In 1935, he again became Councillor of Munich. In 1936, Graf was elected to the Reichstag.

His family sold his possessions, to break with his past. His Blutorden (Blood Order) medal was sold by a British collector in 2019 for £36,000, nine times the estimate at Hansons, Derbyshire, to an overseas buyer. 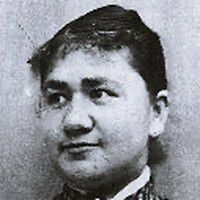