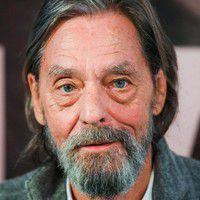 In the early 1970s, struggling with his sense of "Germanness," Ulay moved to Amsterdam, where he began experimenting with the medium of Polaroid. Renais sense (1974), a series of self-reflective and autobiographical collages, depicted overt visual representations of a constructed gender that were considered scandalous at the time.

In 1976, Laysiepen, who went by the single name Ulay, met the Serbian performance artist Marina Abramović. They began living and performing together that year. When Abramović and Ulay began their collaboration, the main concepts they explored were the Ego and artistic identity. They created "relation works" characterized by constant movement, change, process and "art vital". This was the beginning of a decade of influential collaborative work. Each performer was interested in the traditions of their cultural heritage and the individual's desire for ritual. Consequently, they decided to form a collective being called "The Other", and spoke of themselves as parts of a "two-headed body". They dressed and behaved like twins and created a relationship of complete trust. As they defined this phantom identity, their individual identities became less accessible. In an analysis of phantom artistic identities, Charles Green has noted that this allowed a deeper understanding of the artist as performer, for it revealed a way of "having the artistic self-made available for self-scrutiny".

The work of Abramović and Ulay tested the physical limits of the body and explored male and female principles, psychic energy, transcendental meditation and nonverbal communication. While some critics have explored the idea of a hermaphroditic state of being as a feminist statement, Abramović herself denies considering this as a conscious concept. Her body studies, she insists, have always been concerned primarily with the body as the unit of an individual, a tendency she traces to her parents' military pasts. Rather than concerning themselves with gender ideologies, Abramović/Ulay explored extreme states of consciousness and their relationship to architectural space. They devised a series of works in which their bodies created additional spaces for audience interaction. In discussing this phase of her performance history, she has said: "The main problem in this relationship was what to do with the two artists' egos. I had to find out how to put my ego down, as did he, to create something like a hermaphroditic state of being that we called the death self."

Between 1981 and 1987, the pair performed Nightsea Crossing in twenty-two performances. They sat silently across from each other in chairs for seven hours a day.

In 1988, after several years of tense relations, Abramović and Ulay decided to make a spiritual journey which would end their relationship. They each walked the Great Wall of China, in a piece called Lovers, starting from the two opposite ends and meeting in the middle. As Abramović described it: "That walk became a complete personal drama. Ulay started from the Gobi Desert and I from the Yellow Sea. After each of us walked 2500 km, we met in the middle and said good-bye." She has said that she conceived this walk in a dream, and it provided what she thought was an appropriate, romantic ending to a relationship full of mysticism, energy, and attraction. She later described the process: "We needed a certain form of ending, after this huge distance walking towards each other. It is very human. It is in a way more dramatic, more like a film ending ... Because in the end, you are really alone, whatever you do." She reported that during her walk she was reinterpreting her connection to the physical world and to nature. She felt that the metals in the ground influenced her mood and state of being; she also pondered the Chinese myths in which the Great Wall has been described as a "dragon of energy." It took the couple eight years to acquire permission from the government of the People's Republic of China to perform the work, by the time of which their relationship had completely dissolved.

At her 2010 MoMA retrospective, Abramović performed The Artist Is Present, in which she shared a period of silence with each stranger who sat in front of her. Although "they met and talked the morning of the opening", Abramović had a deeply emotional reaction to Ulay when he arrived at her performance, reaching out to him across the table between them; the video of the event went viral.

In November 2015, Ulay took Abramović to court, claiming she had paid him insufficient royalties according to the terms of a 1999 contract covering sales of their joint works. In September 2016, a Dutch court ordered Abramović to pay €250,000 to Ulay as his share of sales of artistic collaborations over their joint works. In its ruling, the court in Amsterdam found that Ulay was entitled to royalties of 20% net on the sales of their works, as specified in the original 1999 contract, and ordered Abramović to backdate royalties of more than €250,000, as well as more than €23,000 in legal costs. Additionally, she was ordered to provide full accreditation to joint works listed as by "Ulay/Abramović" covering the period from 1976 to 1980, and "Abramović/Ulay" for those from 1981 to 1988.

Ulay experimented extensively with incorporating audience participation into his performance art. His installations Can’t Beat the Feeling: Long Playing Record (1991–1992) and Bread and Butter (1993) were openly critical of European Union expansion. In the Berlin Afterimages – EU Flags series, he exploited the phenomenon of retinal afterimages to depict reversed images of EU member nation flags. He produced The Delusion: An Event about Art and Psychiatry (2002) on the grounds of the Vincent van Gogh Psychiatric Institute in Venray, the Netherlands. Other projects that incorporated audience participation include Luxembourg Portraits and A Monument for the Future.

Rendering reality as accurately as possible was the focus of Cursive and Radicals (2000), Johnny–The Ontological in the Photographic Image (2004), and WE Emerge (2004), the last realized in collaboration with AoRTa art centre in Chișinău, Republic of Moldova.

In 1976 Ulay began a relationship with Marina Abramović, with whom he collaborated on a number of pieces of performance art. The couple expressed their commitment in their Relation Works (1976–1988) manifesto:

They separated in 1988, through a performance titled The Lovers. Starting from opposite ends of the Great Wall of China, they walked towards each other and said goodbye after meeting in the middle.

In 2013, director Damjan Kozole released the documentary Project Cancer: Ulay's journal from November to November about the artist's life, work and 2011 cancer diagnosis. The film follows Ulay's treatments, meetings with friends and travels, as well as his ongoing practice. He recovered from the lymphatic cancer in 2014. 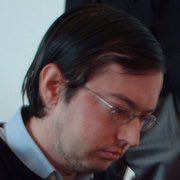