Ugo Rondinone (born 1964) is a Swiss-born mixed-media artist living in New York. His work frequently employs the experiential qualities of the everyday, often reflecting on the boundaries between fiction and reality.

Ugo Rondinone was born in 1964 to Italian parents in the resort town of Brunnen, Switzerland. He moved to Zurich in 1983 to become the assistant to Hermann Nitsch and studied at the Hochschule für angewandte Kunst in Wien, from 1986 to 1990. In 1998 he moved to New York City where he continues to live and work in Harlem.

Rondinone emerged onto the international art scene in the 1990s. Many of his pieces coax the viewer into a meditative state like the blurred, brightly colored, concentric rings of his target-shaped paintings; or his strictly black and white landscapes of gnarled trees that seem to bristle with energy. His large rainbow signs are just as enigmatically alluring with their imperative affirmations of “Hell, Yes!” or “Our Magic Hour.” These signs seem to point to some hidden aspect of our reality and history. One sign, “Dog Days Are Over,” presented in 1996 at Zurich's Museum für Gegenwartskunst, proclaims an end to a period of turmoil, but what that period is remains unclear. This sign later inspired Florence and the Machine front woman Florence Welch to write the hit song "Dog Days Are Over."

In 2013 he showed “Human Nature,” a group of monumental stone figures in Rockefeller Center. They resembled rudimentary robots hewn from the rocks of Stonehenge.

In 2015, Rondinone proposed Seven Magic Mountains, an installation of seven neon stone totems painted in artificially bright yellows, purples and other colors, constructed from car-size stone cut from a Nevada quarry and stacked 32 feet high. The public installation, along Interstate 15 just south of Las Vegas, opened in May 2016, and will remain on display for two years.

He has been the subject of major solo exhibitions at the Kunsthalle, Vienna; Museo de Art Contemporaneo, Leon, Spain; Louisiana Museum of Modern Art, Humlebaek, Denmark; and Sculpture Center, New York. In 2007, he represented Switzerland in the Venice Biennale. His works are in the collections of the New Museum of Contemporary Art, New York, among others. 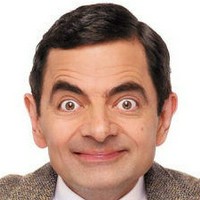 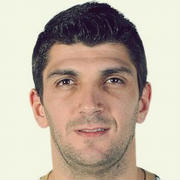 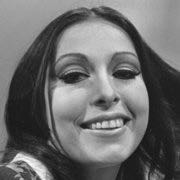