Uday Shankar was born on 16 September 1962 in Muzaffarpur, Bihar. His father was a civil engineer by profession and wanted to see his son as a civil servant. However, he chose a career of journalist, much to his father's disappointment.

Shankar got his early education from his native place. He moved to Delhi to pursue his Master's Degree in Economics at Jawaharlal Nehru University. He tried for the Civil Services Examination conducted by Union Public Service Commission (UPSC) and passed the preliminary and main rounds too.

But even though some of his friends were selected, Shankar could not clear the interview. In spite of trying for second time, Shankar got enrolled at Times School of Journalism in Delhi.

Uday Shankar started his career as a political correspondent with The Times of India at Patna. After a brief stint with Times of India He came back to Delhi and worked for environmental magazine Down to Earth as its editor.

Shankar began his career in the TV-News industry at Zee TV as a news producer and rise rapidly. From Zee TV, he moved to Home TV, Sahara Samay, Aaj Tak and finally Star News as its chief executive officer (CEO).

Later, he was appointed as chairman and CEO of Star India to oversee its entire broadcasting operations.

On December 5, 2017, Shankar was appointed as president of 21st Century Fox for Asia. The new role would oversee Fox's television and online video platform business across the region, and the President of Fox Networks Group Asia would report to Shankar.

On 13 December 2018, The Walt Disney Company announced that Shankar would lead Disney's Asian Pacific region and chairman of Disney India after the acquisition of 21st Century Fox closes. On 1 April 2019, Shankar, as the president Disney Asia Pacific, announced the restructuring of the complete entity of Star India and Disney.

He also serves as the Vice President of FICCI. Earlier, he served with the same as the President of the M&E (Media & Entertainment) sector. 

The contents of this page are sourced from Wikipedia article on 03 Mar 2020. The contents are available under the CC BY-SA 4.0 license.
View Uday Shankar 's image gallery
Image Gallery 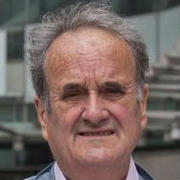 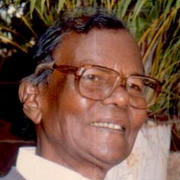