Tyrone Washington (born 1944) is an American jazz tenor saxophonist.
He is known best for his 1967 debut album for Blue Note Records. Washington did not record after 1974 and Ken Dryden speculates "...his name doesn't show up in jazz encyclopedias, so one wonders if he died prematurely or quit music for some other reason", while Jason Sositko comments: "Not a whole heck of a lot is known about this fine tenor saxophonist, apparently he left the music world entirely for his religious faith..." 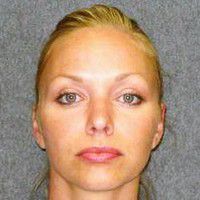