Brunson hails from Philadelphia, Pennsylvania and comes from a long line of middleweight boxers from the city. His amateur career extended over 90 fights, finishing with a record of 82-12.

Brunson turned professional in 2005 with a KO victory over Kevin Carey in a fight which lasted just 25 seconds. He had 7 more fights that year, all of which ended in 1st round KO victories for Brunson. As with his debut 4 of those fights lasted less than 30 seconds, with his quickest victory coming in just 17 seconds against Terry Rork.

Brunson's KO streak continued into 2006, where in his first fight of the year he defeated James Morrow for the Mid American middleweight title. Morrow was the first, and until recently only fighter on Brunson’s resume who had a winning record (see ‘criticism’ section).

By early 2007 Brunson's record had improved to 14-0, with all of his victories coming in the 1st round, and he was closing in on the unofficial North American record for consecutive 1st-round KOs held by Arthur “Young Otto” Susskind, who was credited with 15 consecutive 1st-round KO victories in the early 20th century. The major difference between Brunson's and Otto's streaks is that Brunson's began with his pro debut whereas Otto's streak didn’t start until well into his pro career.

On March 27, 2007 he equaled Otto's record when he KO'd David Johnson after 52 seconds of the 1st round. Brunson's record equaling effort was almost foiled due to a bizarre accident: Early in the bout Johnson managed to get tangled up with referee Dale Grable, which caused him to fall and injure his ankle. Despite only being able to limp around the ring he indicated to the referee that he wished to continue and the bout restarted. A few seconds later Johnson was legitimately knocked down with a barrage of punches from Brunson. This time he decided that his ankle injury was too painful and chose not to continue. As the second knockdown was as a result of a punch and not a slip the referee ruled the bout a TKO victory for Brunson (Had Johnson decided his ankle injury was too severe to continue when it first happened, the bout would have been ruled a No Contest).

Brunson claimed the North American record as his own on May 5, 2007 by KO’ing Tony Watson after just 100 seconds of the 1st round, moving his record to a perfect 16-0. The next milestone in his sights was the world record held by Edwin Valero of Venezuela with 18 consecutive 1st-round KOs. Brunson equalled Valero’s total with a victory over Jamie Waru at the Sky City Casino in Auckland, New Zealand on June 8, 2007, and on March 8, 2008 recorded his record breaking 19th consecutive 1st round KO when he defeated Francis McKechnai in just 72 seconds at the Soaring Eagle Casino in Michigan.

On 15 August 2008 Brunson’s run of consecutive 1st round KO victories was brought to a halt at 19 when in his 20th pro fight he was held to a draw in a 6 round contest against Mexican journeyman Antonio Soriano. The decision was greeted with a chorus of boos from the attending audience, who felt that Soriano had done enough to gain the victory

On December 4, 2009, Brunson fought Carson Jones. Brunson had a great first two rounds (Of a 10 round fight) sticking Jones with hard, straight jabs. His luck changed in the third round. Jones hit Brunson with a great combo, knocking him down for the first time in his career. Jones continued to pound on Brunson until Brunson was no longer defending himself, the referee then stopped the match, declaring Jones the winner by TKO.

On October 31, 2015, Brunson suffered a decision lost to undefeated prospect Caleb Plant in A PBC Undercard.

The main criticism levelled at Brunson by most boxing pundits and fans is the extremely poor level of opposition he has faced while making his way to the record. In contrast with Valero, whose first 18 opponents had a combined record of 112-102-17 (48% win rate, including draws), the combined record of Brunson’s opponents was just 60-94-8 (37% win rate). Furthermore, of those 18 opponents just 1 had a winning record and 6 had failed to win a single fight in their careers.

Brunson has fought outside the US several times, namely in New Zealand where the questionable level of opposition he has faced there led to accusations of him deliberately seeking out mismatched opponents that would not be approved by any athletic commission in the United States. A prime example of this is his 2007 bout against Tony Watson (record 5-10-1), who prior to the Brunson bout had not fought in over 10 years since suffering a 1st round KO loss and weighed over 200 lbs (above the cruiserweight limit) in comparison to the 165 lb Brunson (record 15-0-0). His very next fight after Watson also took place in New Zealand against questionable opposition, this time against Lee Hunter, a novice making his professional debut.

Mark Vester of boxingscene.com has been particularly scathing about Brunson’s 'achievement' when compared to Valero’s, claiming:

“Valero stopped his first 18 opponents in the first round, and as bad as some of them were, they don't even compare to the stiffs that grace the resume of Brunson”.

In addition he suggested that there should be an asterisk beside Brunson’s name in the boxing record books, as is sometimes used in other competitive sports statistics, to signify a “tainted” record. 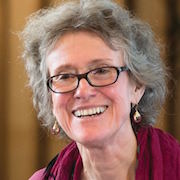 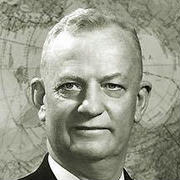 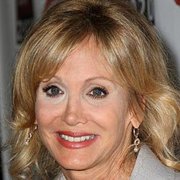 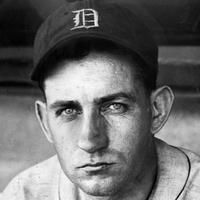