Kim Kyun-woo (born April 8, 1983), known professionally as Jay, is a South Korean singer and actor. He is a member of EDM trio TraxX and a former member of SM Entertainment's project group SM The Ballad.

In 2002, Jay (Typhoon) along with Minwoo (Rose), Jungwoo (Attack), Sungmin, Junsu and Eunhyuk made their first television appearance in a show called Heejun vs. Kangta, Battle of the Century: Pop vs. Rock. Moon Hee-jun taught Typhoon, Rose and Attack on to sing rock while Sungmin, Junsu, and Eunhyuk were taught other singing techniques by Kangta. The six trainees separated a year later, then Typhoon, Rose, and Attack debuted as members of rock band TraxX. The trio separated when Junsu went on to debut as a member of TVXQ. Then Sungmin and Eunhyuk joined ten other trainees and formed Super Junior 05, the first generation of rotational boy band Super Junior.

Jay made official debut with TRAX on July 20, 2004 with the single Paradox.

In February 2009, Jay began his acting career with cast in supporting roles in MBC's Romance Zero.

In 2010, he participated in musicals Brothers Were Brave, Rock of Ages and rotated as D'Artagnan with Super Junior's Kyhuhyun in The Three Musketeers. He also cast in KBS's President alongside Super Junior's Sungmin, with plays the role of Sungmin's half-brother.

In May 2011, Jay landed his first leading role in KBS's drama My Bittersweet Life, playing the character Lee Se-in.

In May 2014, Jay was confirmed to cast in the musical Singin' In The Rain as Don Lockwood with Super Junior's Kyuhyun and EXO's Baekhyun. The musical ran from June 5, 2014 until August 3, 2014 at the Chungmu Art Hall in Seoul.

In September 2016, Jay was cast in supporting roles in KBS's drama On the Way to the Airport, playing the character Jang Hyun-woo.

In September 2017, Jay was cast in supporting roles in KBS1's Andante, playing the character Kang Hyun-woo.

Jay enlisted for a 2-year mandatory military service on 26 March 2012. He received four weeks of basic military training in Busan and then continued to serve as a public service worker. He was discharged in 2014.

The contents of this page are sourced from Wikipedia article on 23 Jul 2020. The contents are available under the CC BY-SA 4.0 license.
View Typhoon 's image gallery
Image Gallery 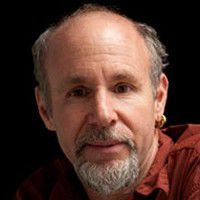