Tyler Cole Malinger is an American former film and television child actor active in the mid-1990s through the early 2000s. He is the younger brother of actor Ross Malinger.

Tyler Cole Malinger was on January 9, 1989, in California.

He made his acting debut in 1994, appearing in the role of "Tyler O'Neal" in director Robert Iscove's TV movie Without Warning, starring Sander Vanocur, Bree Walker, and Jane Kaczmarek.

In 1996, he was seen playing the younger version of Jesse (played by his elder brother Ross Malinger) in the "Out of the Darkness" episode of TV series Touched by an Angel.

Malinger was last seen on the silver screen in 2002, in the role of "Frank" in the "Shrink Wrap" episode of the TV series The King of Queens, starring Kevin James, Jerry Stiller, and Leah Remini.

To cite the article
Citation
We strive for accuracy and fairness. If you notice a mistake, please contact us. Below the article, you will find links to the references used.
comments so far.
Comments
From our partners
Sponsored
Reference sources
References
Trending today in 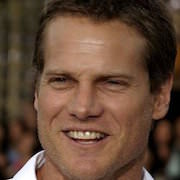