Tummala Seetharama Murthy or Tenugulenka Tummala Seetha Rama Murthy (1901–1990) was an Indian poet writing in Telugu.
Murthy was born in Kavuru village in the Guntur district of Andhra Pradesh. Works such as "Rashtragaanamu" reflect patriotism and the Indian independence struggle. He was honoured with the Sahitya Akademi Award in 1969, and with the title "Kalaaprapoorna" by Andhra University in 1969.

Sri Tummala Seetharama Murthy garu was born in telugu speaking Kamma family Kavuru village in Cherukupalli Mandal of Guntur District, Andhra Pradesh. He was born on 1 December 1901 to Tummala Narayya and Chenchamamba. He completed his Ubhya Bhasha Praveena From Andhra University. He spent most of his career working as teacher. He taught Sanskrit for some time in Sanskrit School, Amrutaluru. He died on 21 March 1990 in Appikatla village of Guntur District.

His Poetic Style and Works

Murthy was initially into Bhava Kavitha Udyayam (Romanti Poetry), later he got inspired in to Humanisim, finally into nationalism and struggle for Indian independence. Later Murthy worked towards special Andhra state and Sarvodaya Movement as well. All these phases gets reflected in works. Tummala SitaRama Murthy advocated Gandhian philosophy. He strived to write poetry in simple language free from complex sanskrit. His literary works include

He has 30 works to his credit 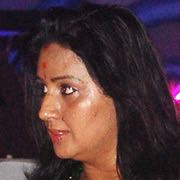