Türkan Şoray (born 28 June 1945) is a Turkish actress, writer and film director. She is known as "Sultan" of the Cinema of Turkey. She started her career in 1960, and won her first award as the most successful actress at the 1st Antalya Golden Orange Film Festival for the movie Acı Hayat. Having appeared in more than 222 films, Şoray has starred in the most feature films for a female actress worldwide. On 12 March 2010, Şoray was chosen as a UNICEF goodwill ambassador in Turkey, about which she said: "I think there is nothing that cannot be done with love. If we combine power with love, we can overcome many problems".

Together with Hülya Koçyiğit, Filiz Akın and Fatma Girik, she is an icon for a golden age in Turkish cinematography and is regarded as one of the four most important actresses in Turkish cinema. Out of these actresses, Şoray is the only one who also pursued a career in film directing, and directed the movies Dönüş (1972), Azap (1973), Bodrum Hâkimi (1976), Yılanı Öldürseler (1981), and Uzaklarda Arama (2015).

Şoray was born in Eyüp, Istanbul, as the first child of a family of government officials. Her father was of Circassian descent, while her mother was a migrant from Thessaloniki.

While she was studying at Fatih Girls High School as a daughter of one of the landowners in Karagümrük, she visits a set with actor Emel Yıldız who had starred in Panter Emel, and there with the encouragement of Türker İnanoğlu she decides to pursue a career in cinema. Türkan Şoray recounts her memory of starting her cinema career:

"A movie set came to our neighborhood before I entered the cinema industry. They were gonna shoot a set of the movie in our neighborhood. When I saw the actress starring in the movie, I said, 'What a beautiful woman.' That woman was Muhterem Nur. I was looking so confused and a man came up to me and asked 'You want to play in the movie?' I was scared and I just ran home. I learned later that this man was Memduh Ün. At that time I had escaped from the film set, but then the film sets became part of my life.”

While studying at Fatih Kız Lisesi middle school, the homeowner’s daughter of their house in Karagümrük later known as “Panter Emel” and Türkan Şoray went to the same film set. With incentive from Türker İnanoğlu, she made her first steps into Yeşilçam. Instead of Emel Yıldız marking the beginning of Türkan Şoray’s career the 1960’s “Köyde Bir Kız Sevdim” co-starred with Baki Tamer. Türkan Şoray recounts the memories of her introduction to cinema as such:

”Before entering cinema a film set arrived to our neighborhood. They were going to film a set of the movie in our neighborhood. When I saw the leading role actress I thought to myself ‘what a beautiful woman’. That woman was Muhterem Nur. As I was looking dumbfounded a man approached me and asked ‘Do you want to act in the movies too?’. I was scared and ran home immediately. I learned later on that, that man was Memduh Ün. Back then I ran from a movie set but later on movie sets became my life”recounts Türkan Şoray

Şoray earned her first Golden Orange award in 1964 for her role as Nermin opposite Ekrem Bora in the movie Acı Hayat which was directed by Metin Erksan. In 1968, Şoray received her second Golden Orange award for her work in the movie Vesikalı Yarim, written by Safa Önal and based off Sait Faik Abasıyanık's "Menekşeli Vadi". At the Istanbul Film Festival, where the renewed copy of the film was republished many years later, Şoray said:

"It is a very miraculous thing for me to have worked with Lütfi Akad, a director whose placed won't be filled easily in Turkish cinema. 'Turkan, you play with your eyes,' he used to say. Lütfi Akad taught me to play with my eyes."

She went on working with respectable directors in later years. One of them was Atıf Yılmaz, with whom she would work in both dramas and comedies. In the 1970s she also acted in films with a more realistic theme. She also directed four films in those years. Her most applauded films in the 1970s included Selvi Boylum Al Yazmalım, Hazal, Sultan, Dönüş and Baraj. In those films she was mostly accompanied by the famous Turkish actor Kadir İnanır.

She won her first of many awards when she received the best actress prize at the 'Antalya Golden Orange Film Festival' for the film Acı Hayat (Bitter Life).

At the end of the 1960s, she was named one of the four greatest actresses of the Turkish cinema. She was highly applauded for her choices in film and her ability to act in a wide variety of roles. She starred in Vesikalı Yarim (My Licensed Love) for which she was awarded the Best Actress Award for the second time in the Antalya Film Festival.

In the 1980s she began portraying women with problems of female identity; Mine, Rumuz Goncagül (Nickname: Goncagül), On Kadın (Ten Women) etc. She won her third Best Actress Award from the Antalya Film Festival in 1987 with the film Hayallerim, Aşkım ve Sen(My Dreams, My Love and You), in which she portrays three different women, each of whom is a facet of Türkan Şoray herself.

Some of her awards are:

She is also a member of Eurasian Academy. 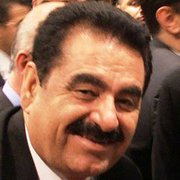