Tuanigamanuolepola "Tua" Tagovailoa (/ˌtʌŋoʊvaɪˈloʊə/ TUG-oh-vy-LOW-uh; born March 2, 1998) is an American football quarterback for the Miami Dolphins of the National Football League (NFL). Born and raised in Hawaii to Samoan parents, he attended Saint Louis School in Honolulu. Following that, he attended the University of Alabama to play college football. He helped to lead the Crimson Tide to back-to-back National Championship Game appearances during the 2017 and 2018 seasons, winning the former and being named its MVP.

Tagovailoa won several other awards and honors for the 2018 season, including the Maxwell and Walter Camp Awards, as well as being named a finalist for the Heisman Trophy. In 2019, he suffered a dislocated hip during a game that prematurely ended his season. Despite the severity of it, he was drafted by the Dolphins fifth overall in the 2020 NFL Draft. He is notably a left-handed quarterback despite being right-handed, a trait taught to him as a child by his father.

Tuanigamanuolepola Tagovailoa was born in ʻEwa Beach, Hawaii, to Galu and Diane Tagovailoa, as the oldest of four children in a Samoan family. He was said to have grown up with an intense interest in football, with his parents noting that he would sleep with a football under his arm every night as a small child. During Pop Warner games when he was eight years old, when his peers could typically throw a football little more than 10 yards, he routinely threw passes of more than 30 yards.

As a child his main inspiration was his grandfather, Seu Tagovailoa, who was highly respected in the local Samoan community; Seu was regularly addressed as "Chief Tagovailoa". Seu believed that Tua would eventually grow into a football star, and he requested that he visit him after every game to give him a report, no matter the time of day. Tua briefly considered quitting football after Seu's death in mid-2014, until he and his father agreed that he could best honor him by continuing to play.

When Tagovailoa began varsity football in high school, he threw for 33 passing touchdowns during his first season with three interceptions and 2,583 passing yards. Tagovailoa said a big inspiration and motivation for his performance was how his father disciplined him, saying he used a belt whenever Tagovailoa threw an interception. In 2016, Tagovailoa played in the All-American Bowl, and in his regular season threw for 2,669 passing yards with 27 passing touchdowns and seven interceptions. He was also chosen to be a part of the Elite 11 roster as one of the top high school quarterbacks in the nation, where he was named MVP of that roster.

Tagovailoa was deemed a four-star recruit during the 2017 recruiting cycle and was ranked the top high school prospect in the state of Hawaii. He attended Saint Louis School in Honolulu, the same school as 2014 Heisman Trophy winner Marcus Mariota, where Mariota served as a mentor to him when they were growing up in Hawaii. He had 17 offers from colleges to play on a college football scholarship, including UCLA, Oregon, and Colorado, eventually enrolling in the University of Alabama in January 2017.

As a true freshman, Tagovailoa was the backup to sophomore quarterback Jalen Hurts throughout the 2017 season. However, he experienced significant playing time due to a couple of blowout victories for the Crimson Tide. On September 9, he made his collegiate debut against Fresno State in a home game at Bryant–Denny Stadium. In the 41–10 victory, he finished 6-of-9 for 64 yards and his first career passing touchdown, which was a 16-yard pass to wide receiver Henry Ruggs III. On September 23, in a 59–0 victory against Vanderbilt, he got more playing time and recorded 103 passing yards and two passing touchdowns. In the next game, against SEC West rival Ole Miss, he recorded his first collegiate rushing touchdown in a 66–3 victory. In the annual rivalry game against Tennessee, he finished with 134 passing yards, one passing touchdown, one interception, and one rushing touchdown in the 45–7 victory. On November 18, in a game against Mercer, he threw for three passing touchdowns in the 56–0 victory. On January 8, 2018, he replaced Hurts in the second half of the 2018 College Football Playoff National Championship due to ineffective play by Hurts. He threw the game-winning 41-yard touchdown pass in overtime to another true freshman, wide receiver DeVonta Smith as the Crimson Tide defeated the Georgia Bulldogs; 26–23 claiming their 17th National Championship. He finished the game 14-of-24 for 166 passing yards, three passing touchdowns and one interception, along with 27 rushing yards on 12 attempts. Tagovailoa was named the Offensive MVP of the game.

On September 1, 2018, Tagovailoa made his first career start at the season's opening game, against Louisville, in Orlando, Florida. He finished 12-of-16, with 227 passing yards and two touchdowns in the 51–14 victory, before Jalen Hurts replaced him in the third quarter. During Alabama head coach Nick Saban's weekly Monday press conference following the victory, he announced Tagovailoa as the starter for The Crimson Tide's home opener against Arkansas State on September 8. In the 62–7 victory over Ole Miss, he was 11-of-15 for 191 passing yards and two touchdowns to go along with 47 rushing yards. He continued his efficient season against Texas A&M with 387 passing yards, four passing touchdowns, and a rushing touchdown in the 45–23 victory. In a limited role against Louisiana, he was 8-of-8 passing for 128 passing yards and two passing touchdowns in the 56–14 victory. In the next game against Arkansas, he had more passing touchdowns than incompletions as he went 10-of-13 for 334 passing yards and four passing touchdowns in the 65–31 victory. Following the regular season, he finished second in the Heisman Trophy voting to Oklahoma quarterback Kyler Murray, but he won the Walter Camp Award and Maxwell Award for 2018, both awarded to the top player in college football. While recovering from the high ankle sprain he suffered during the SEC Championship against Georgia, Tagovailoa put on a nearly flawless offensive performance against Oklahoma in the 2018 Orange Bowl (24-of-27 with 318 yards passing, four touchdowns and no interceptions) to lead the Tide to their fourth consecutive CFP National Championship appearance. He was also named Offensive MVP of that game. In the 2018 National Championship loss (44–16) against Clemson, Tagovailoa went 22-of-34 with 295 passing yards, two touchdowns and two interceptions. He also set a new NCAA FBS passer rating record of 199.4 for the season, surpassing the record 198.9 set by Baker Mayfield in 2017.

Tagovailoa left the Tide's seventh game against Tennessee early in the second quarter after suffering a high ankle sprain. He underwent surgery to repair the ankle the following day, and did not play in the next game against Arkansas (a 48–7 victory led by quarterback Mac Jones). Tagovailoa returned three weeks post-surgery to play in the 46–41 loss to top-ranked LSU. Despite some struggles (a fumble and INT) in the first half of that game, Tagovailoa rebounded after halftime to finish 21-of-40 with 413 passing yards, four touchdowns and one interception.

In the Tide's matchup against Mississippi State, Tagovailoa led the team to a 35–7 lead (14-of-18, 256 passing yards, two touchdowns) before leaving the game after a sack that saw his knee driven into the ground, causing his hip to dislocate and fracturing the posterior wall, as well as suffering a broken nose and concussion. He was carted off the field and flown to a Birmingham hospital before undergoing surgery in Houston two days later.

In January 2020, Tagovailoa announced that he would forgo his senior year and enter the 2020 NFL Draft. Tagovailoa finished his collegiate career as holder of numerous Alabama football records, as well as notable NCAA career records, including: passing yards per attempt (10.9), adjusted passing yards per attempt (12.7), passing efficiency rating (199.4), and total yards per play (9.8). He graduated with a bachelor's degree in communication studies in August 2020.

Tagovailoa was invited to the NFL Combine but did not participate in any drills due to him not being medically cleared at the time, but stated that he had planned to participate at his pro day in April before it was cancelled due to the COVID-19 pandemic. He was one of 58 players invited to the draft, which was held virtually due to social distancing regulations arising from the pandemic, where he was drafted by the Miami Dolphins with the fifth overall pick. As his college jersey number of 13 was retired by the Dolphins in honor of Dan Marino, Tagovailoa chose to wear 1. On May 11, 2020, Tagovailoa signed his four-year rookie contract worth $30 million. He passed his physical with the team in July 2020 to begin training camp, but was named the backup to Ryan Fitzpatrick to start the season.

Tagovailoa made his debut appearance in a Week 6 game against the New York Jets, coming in relief of Fitzpatrick in the fourth quarter of a 24–0 win where he threw two passes for nine yards. During the team's bye week, Tagovailoa was named the starter for their Week 8 game against the Los Angeles Rams.

After Tagovailoa's commitment to Alabama he graduated early from Saint Louis School and moved with his family to Alabaster, Alabama. Tagovailoa is a Christian. Despite being right-handed, his father trained him to throw the ball with his left hand at a young age, making him one of the statistically rare left-handed quarterbacks.

Tagovailoa's younger brother, Taulia, is a quarterback for the Maryland Terrapins. He transferred there in 2020 after spending a year at Alabama as Tua's backup in 2019. Tagovailoa's cousins also play football. Myron Tagovailoa-Amosa plays on the defensive line at Notre Dame and Adam Amosa-Tagovailoa played on the offensive line at Navy. He is now an Ensign in the U. S. Navy. 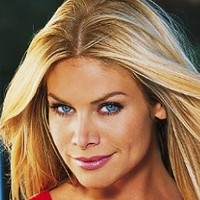