Truus Schröder-Schräder (1889-1985) was a Dutch socialite and trained pharmacist who was closely involved with avant-garde artists and architects of the De Stijl movement. With her design plan in mind, Gerrit Rietveld built a house for her and her three children — the Rietveld Schröder House — which is today a UNESCO World Heritage Site.

Truus Schröder-Schräder was born in Deventer in the east of the Netherlands in 1889. Her father owned a textile factory and her mother died when she was four. Her father remarried two years later and Truus did not get along with her stepmother. Truus was sent to a convent boarding school at Amersfoort. After leaving school she was trained as a pharmacist. In 1911, she married a lawyer by the name of Frits Schröder, who was eleven years her elder, but came from a similar prosperous Catholic background. Truus had three children: a boy and two girls. They lived in a spacious apartment in Utrecht, on the first floor of a large building in Biltstraat where Mr.Schröder had his offices.

The marriage turned to be a confrontation of two worlds where both conflicted ideas about social status, independence, and the upbringing of children. Truus's husband let her change one room of their home to her own liking and that is where her partnership with designed Gerrit Rietveld started. Truus’ room was designed by Rietveld and it was something very plain to her friends in that it did not show the social status of Truus, but she was very content with it. In her mid 30s, Truus became a widow and had to raise her children on her own. While she still lived in Biltstraat where she had lived with her husband, Truus found it necessary to leave her home in Biltstraat and look for a more convenient house She had very definite ideas in what she wanted.

Truus had always been interested in the arts and in 1924, she commissioned the Rietveld Schröder House. The architect that would work for the building of this house was Gerrit Rietveld. While Truus had no experience or training as an architect or designer she had a clear vision in the way that she wanted to live her life and her surroundings Truus along with Gerrit Rietveld designed much of the equipment and built in furniture for the house together. Truus was credited as joint designer for the Rietveld Schröder House, but this fact has been long forgotten after Rietveld became well known as an architect. This partnership between Truus and Gerrit proved that both of them worked well together. Truus and Gerrit became lovers and he lived with Truus at the Rietveld Schröder House towards the end of his life.

For Truus Schröder, the Rietveld Schröder House was a declaration of how an independent modern woman intended to live her life. She was a woman of an extremely determined character who took delight in provoking her more conventional contemporaries. Truus was a very content with her life at the Rietveld Schröder House, where she lived there for more than 60 years. In 1982, Lenneke Buller and Frank Den Oudsten recorded an interview with Truus Schröder. The interview was conducted on two separate days: May 12 and May 14, where she would talk about her life in the Rietveld Schröder House with Rietveld. In this interview Truus talked about the modernist ideas that interested her where she said, "I hardly met any people who had a feeling for what was modern. It was through my sister that ideas came from the outside" Truus had also been very much part of the restoration of the Rietveld Schröder House, where she would pick the architect, Bertus Mulder, who had worked with Gerrit Rietveld. Truus was an independent woman who had her own ideas on what should be done with her house. She loved her home in Utrecht and she remained living there until her death in 1985 at the age of 95. She enjoyed her home and the way she phrased it was, "the luxury of frugality"

Truus' daughter, Han Schröder, became a notable architect and educator. She was one of the first registered female architects in the Netherlands and taught interior decoration in the United States. Schröder-Schräder collaborated with Gerrit Rietveld on the following projects: 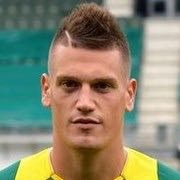