Trivikram Srinivas (born Akella Naga Srinivasa Sarma, 7 November 1972) is an Indian film screenwriter, dialogue writer, and director known for his works exclusively in Telugu cinema, and screwball comedy films. In the year 2000, he wrote dialogues for Nuvve Kavali, which won the National Film Award for Best Feature Film in Telugu for that year.
In the year 2002, his debut directorial Nuvve Nuvve has garnered the Nandi Award for Best Feature Film (silver). His subsequent directorial works include, box office hits such as Athadu (2005), Jalsa (2008), Khaleja (2010),Julai (2012), Attarintiki Daredi (2013), S/O Satyamurthy (2015), and A Aa (2016). Srinivas has won the State Nandi Award for Best Dialogue Writer five times, and two Filmfare Award for Best Director – Telugu awards for directing Athadu and Attarintiki Daredi.

Trivikram(Akella Naga Srinivasa Sarma) was born in Bhimavaram, Andhra Pradesh into a Telugu speaking family to Uday Bhaskar Rao and Narsamma. He did his schooling at S.Ch.B.R.M.High School and Intermediate at D.N.R. College in Bhimavaram and graduated with a Bachelor of Science (B.Sc) from DNR College, Bhimavaram. He then attained master's degree in nuclear physics from Andhra University as a gold medalist.

Trivikram and actor Sunil graduated from the same college in Bhimavaram. They are close friends, and were roommates in the initial stage of their film careers. Sunil considers Trivikram as the most influential person in his life. Trivikram also worked as a teacher in a school, teaching Maths and Science. His teaching methods were innovative and he was successful in making the students understand the subjects very easily. Later, he reached Hyderabad, and stayed with Sunil, writing stories for Daily Serials.

Sunil (actor) introduced him to actor Gowtham Raju who asked Trivikram to take Tuition's for the former's children. In the meanwhile Trivikram also wrote a short story "Road" which was published in a Leading Telugu Weekly. He was invited to work on a film starring Chiyaan Vikram, which was loosely based on the novel "Sleeping With The Enemy".

He married Soujanya, niece of Sirivennala Seetha Rama Sastry on 11 October 2002. They have two children.

Trivikram had no plans to write film dialogues, but instead had an interest in directing. Sunil, has introduced gowtam raju initially and then gowtam raju in turn introduced Trivikram to T.D.V. Prasad, who asked Trivikram to write the dialogue for the climax scene of the movie he was working on. Prasad, impressed with the result, then asked Trivikram to work as an assistant to director K. Vijaya Bhaskar. It was during this project the Trivikram received an offer to write dialogue for the movie Swayamvaram. Swayamvaram was the first film for which he got a chance to write dialogue.

Although Swayamvaram was the first movie for which Trivikram wrote dialogue, but Nuvve Kavali, was released first. Trivikram went on to write dialogue for Chiru Navvutho, Nuvvu Naaku Nachav, Malliswari, "Jai Chiranjeeva" and Manmadhudu. He also worked as dialogue writer for the Telugu movie Vasu starring Venkatesh and Bhumika Chawla directed by A. Karunakaran. Though known as a dialogue writer, Trivikram also penned lyrics for a song in the movie Oka Raju Oka Rani, and sang a bit of the song Computersu Artsu Scienceu in his directorial debut Nuvve Nuvve.

Trivikram received critical acclaim with his directorial debut with the film Nuvve Nuvve, a movie dealing in depth with family sentiments along with high doses of comedy. This was followed by the critically acclaimed film Athadu, rated highly for its technical standards. Athadu collected a distributors' share of ₹140 million (US$2.1 million) in its total run, thus becoming the 2005 box office hit in Tollywood. Its satellite rights were sold for ₹45 million (US$670,000). Following upon its initial recognition, the film was dubbed into Tamil, Malayalam, and Hindi, as well as being dubbed into Polish for a release in Poland as a Poszukiwany, becoming the first Telugu film released in Poland.

Trivikram's next directorial Jalsa became the most anticipated film of the year 2008, with a release of 325 prints in 1000 theatres. The film's audio rights were sold to Aditya Music for ₹9 million, the highest for a Telugu film ever in the recent times. Jalsa became a major hit at box office by grossing ₹720 million (US$11 million) in 50 days. Jalsa was followed by Khaleja released on 7 October 2010, for which Trivikram directed Mahesh Babu in two Thums Up soft drink commercials to assist in promoting the film. Mahesh Khaleja was his next flick with an average verdict Khaleja collected ₹150 million (US$2.2 million) at global box office.

Trivikram provided the dialogues and screenplay for the film, Theenmaar, starring Pawan Kalyan and Trisha Krishnan in a remake of Love Aaj Kal released in March 2011. He then directed Julayi starring Allu Arjun and Illeana the film became a box-office hit. Next, he directed Attarintiki Daredi starring Pawan Kalyan and Samantha. It was released to high expectations and created an all time Telugu movie records. Despite being troubled with piracy version, which has up to 90 minutes of the movie and went online a few days before the official release of the movie, the film became an Industry hit, shattering all the previous box office records and collected a share of 100 crores". He then directed S/O Satyamurthy starring Allu Arjun and Samantha. The film was released on 9 April 2015 to a general positive response. It grossed ₹905 million and netted a total of ₹519 million at the global box office during its full run. His latest outing is A Aa starring Nithin and Samantha which became a runaway hit.

About Trivikram's work on Nuvvu Naaku Nachav, Fullhyd.com wrote "The highlights of the film are all the original humour and the subtlety in approach so alien to Tollywood. The dialogue writer, Trivikram Srinivas, is perhaps the real hero in this one." He is popularly known among Telugu audience as "Maatala Maantrikudu" meaning "Wizard of words".He is known for his crisp dialogue writing and intelligent direction. The Hindu compared Trivikram favourably with Shankar, noting that while Trivikram "started his career as a filmmaker with a light-hearted film Nuvve Nuvve", and has been known for "his light-hearted scripts and dialogues, his work on the action film Athadu is "said to be on par with Hollywood flicks."

Srinivas Kanchibotla of Idlebrain.com commented on his directorial debut Nuvve Nuvve as follows:"If what Trivikram has showed us in Swayamvaram, Nuvve Kaavali, Chirunavvuto and Nuvvu Naaku Naccav, were to be considered as just a tip of the proverbial iceberg of his insightful and observant nature of the characters, if what Trivikram made us feel, delving into the depths of the characters in Nuvve Nuvve, if what Trivikram has demonstrated in his dramatic prowess and comedic timing in all the aforementioned movies, were just initial forays decimating the dullness and the dreariness that is plaguing the current Telugu film character, assuring us that his best is yet to come, then we are in for some great treat for times to come." 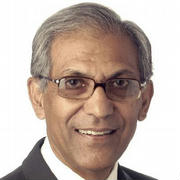 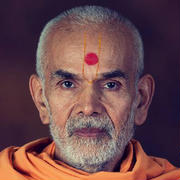 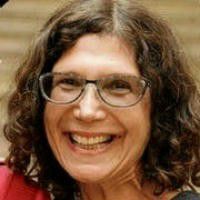 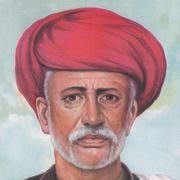 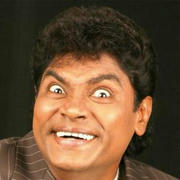 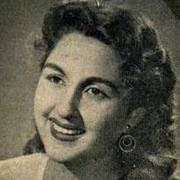 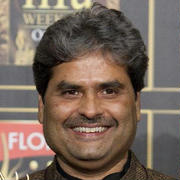