Patricia Gloria "Trisha" Goddard (born 23 December 1957) is a British television presenter and actress best known for her morning talk shows, Trisha, which was broadcast on a mid-morning slot on ITV before later being moved to Channel 5. Goddard has been based in the United States since 2010, when she started working with Maury Povich on his TV series Maury as a "conflict resolution expert." She hosted her own talk show, also named Trisha, in U.S. first-run syndication from 2012 to 2014.

Goddard was born in London, to a black mother from Dominica. Until recently, Goddard wrongly believed that her mother's English husband was her father. In 2008, Goddard had a DNA test to find out her biological paternity, the tests revealed Goddard's DNA as 90 per cent Sub-Saharan and around 10 per cent European. This confirmed that the person who she believed was her father and called 'Dad' had no biological connection with her. She was raised in Tanzania until 1967 and then returned to the United Kingdom.

Goddard was educated at an independent school for expatriates in Tanzania, followed by primary school at Heacham in Norfolk and Sir William Perkins's School in Chertsey, Surrey, at the time a voluntary controlled Church of England girls' grammar school, and which is now an independent school.

Goddard's early career as an air stewardess led to travel writing for magazines and then, after settling in Australia in the mid-1980s, a new career in television. She worked there as a television presenter (most notably on the ABC's The 7.30 Report) and also as a host of the children's program Play School. She was later chairperson of the Australian Government's National Community Advisory Group on Mental Health.

In 1998 after returning to the United Kingdom Goddard became the host of an ITV flagship daytime chat show, the BAFTA-winning Trisha, produced by Anglia Television. She launched her own independent television production company, Town House TV, with former Director of Programmes and Production for ITV Anglia, Malcolm Allsop.

In September, 2004 Goddard left ITV to join Five in a new programme titled Trisha Goddard, which made its TV debut on 24 January 2005. Similar in style to her old show, it focussed on relationships, families in crisis, and reunions. The show was produced by Town House Productions. In the early stages of the show, it was observed that repeats of her ITV show continued to achieve higher ratings than her new programme on Five.

In March 2008, it was revealed that Goddard had breast cancer. She had chemotherapy treatment while continuing to front and produce her Channel Five show. By August, it was apparent that she was in remission and seemed very healthy again. It was reported that she had lived through worse afflictions than cancer (namely, depression) and compared herself to Kylie Minogue for motivation.

In January 2009, Five announced it would not be renewing her contract, for financial reasons.

Goddard has appeared in satires of her television programmes. In 2003, a specially-shot clip of her show appeared in the ITV religious fantasy drama The Second Coming. In 2004, she filmed two short scenes for the romantic zombie comedy Shaun of the Dead. Both scenes were filmed on the set of Trisha. In 2004, a facsimile version of her show was featured on Season 3, Episode 1 of the show "Fat Friends" where she interviewed the "slimming group" of the main characters, and where Betty unintentionally revealed her secret that she had given up a baby at the age of 15. The episode showed the director telling Trisha to stay on Betty and wait until she revealed her secret.

Her show was also featured on a Comic Relief episode of Little Britain where the character Vicky Pollard met up with her long-lost father. For a What Not to Wear Christmas special aired on 22 December 2004, Goddard was given a fashion makeover by Trinny Woodall and Susannah Constantine. She appears very briefly in the 2006 Doctor Who episode "Army of Ghosts" in a parody episode of her own show entitled "I Married a Ghost".

Goddard appeared as a guest on the BBC's The Kumars at No. 42 and was also the guest host for an episode of the second series of The Friday Night Project, for Channel 4. Goddard also has her own talk show on Liverpool radio station City Talk 105.9.

On October 20, 2011, NBCUniversal Television Distribution announced that it would launch an American version of her eponymous programme to start in September 2012. On 1 April 2014 it was announced that this version of the programme had been cancelled after two seasons. 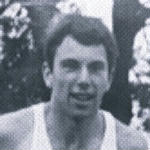