Trinidad "Trini" López III (May 13, 1937 – August 11, 2020) was an American singer, guitarist, and actor. His first album included a version of "If I Had a Hammer", which earned a Golden Disc for him. His other hits included "Lemon Tree", "I'm Comin' Home, Cindy" and "Sally Was a Good Old Girl". He designed two guitars for the Gibson Guitar Corporation, which are now collectors’ items.

Lopez was born in Dallas, Texas, on May 13, 1937. His father, Trinidad Lopez II, worked as a singer, dancer, actor, and musician in Mexico; his mother was Petra Gonzalez. They married in their hometown of Moroleón prior to moving to Dallas. Lopez has four sisters (two are deceased) and a brother, Jesse, who is also a singer. He grew up on Ashland Street in the Little Mexico neighborhood of Dallas and attended grammar school and N. R. Crozier Tech High School. He had to drop out of high school in his senior year because he needed to earn money to help support the family.

Lopez formed his first band in Wichita Falls, Texas, at the age of 15. Around 1955/56 Trini Lopez and his band worked at The Vegas Club, a nightclub owned by Jack Ruby, the nightclub owner who assassinated Lee Harvey Oswald, avenging Oswald's assassination of JFK . In 1957, at the recommendation of Buddy Holly's father, Trini and his group "The Big Beats" went to producer Norman Petty in Clovis, New Mexico. Petty secured a contract for them with Columbia Records, which released the single "Clark's Expedition"/"Big Boy", both instrumental. Lopez left the group and made his first solo recording, his own composition "The Right To Rock", for the Dallas-based Volk Records, and then signed with King Records in 1959, recording more than a dozen singles for that label, none of which charted. In late 1962, after the King contract expired, Lopez followed up on an offer by producer Snuff Garrett to join the post-Holly Crickets as vocalist. After a few weeks of auditions in Los Angeles, that idea did not go through. He landed a steady engagement at the nightclub PJ's, where his audience grew quickly. He was heard there by Frank Sinatra, who had started his own label, Reprise Records, and who subsequently signed Lopez.

His debut live album, Trini Lopez at PJ's (R/RS 6093), was released in 1963. The album included a version of "If I Had a Hammer", which reached number one in 36 countries (no. 3 in the United States), and was a radio favorite for many years. It sold over one million copies, and was awarded a gold disc. He also performed his own version of the traditional Mexican song "La Bamba" on the album; his recording of the tune was later reissued as a single in 1966. Another live album from PJ's was recorded later that same year under the title By Popular Demand More Trini Lopez at PJ's (R/RS 6103), which contains the song "Green Green" which was written by Randy Sparks and Barry McGuire and originally recorded by the New Christy Minstrels earlier that year for their Columbia album Ramblin.

His popularity led the Gibson Guitar Corporation to ask him in 1964 to design a guitar for them. He ended up designing two: the Trini Lopez Standard, a rock and roll model based on the Gibson ES-335 semihollow body, and the Lopez Deluxe, a variation of a Gibson jazz guitar designed by Barney Kessel. Both of these guitars were in production from 1964 until 1971, and are now highly sought-after among collectors. Owners of the guitar include Dave Grohl of Foo Fighters and Noel Gallagher of Oasis.

In 1969, NBC aired a Trini Lopez variety special featuring surf guitar group The Ventures, and Nancy Ames as guests. The soundtrack, released as The Trini Lopez Show, has him singing his hits with The Ventures as his backing band.

During the 1960s and 1970s, Lopez moved into acting, though his film career was not as successful as his music. He continued his musical career with extensive tours of Europe and Latin America during this period; an attempt to break out by releasing a disco album in 1978 proved a flop. Lopez produced a single promoting the Coca-Cola soft drink Fresca in 1967.

In 1993, a Golden Palm Star on the Palm Springs, California, Walk of Stars was dedicated to him.

In 2002, Lopez teamed with Art Greenhaw for Legacy: My Texas Roots. The album used the "Texas Roots Combo" including Lopez, Greenhaw, and Lopez's brother, Jesse. Said reviewer Steve Leggett of AllMusic, "The album has an easygoing feel very similar to Lopez's classic live sets from the 1960s, only it rocks a good deal harder." Thereafter, Lopez did charitable work and received honors such as being inducted into the International Latin Music Hall of Fame in 2003.

Lopez was still recording and appearing live in the years leading up to his death. He took part in a benefit concert to raise money for the victims of the 2004 Indian Ocean earthquake and tsunami, and appeared as a guest performer in a number of shows held in Maastricht in the Netherlands with the Dutch violinist and composer André Rieu. He continued to record; El Immortal was released in 2010, and the following year he released his 65th album, Into The Future.

Lopez's first film role was in Marriage on the Rocks (1965), in which he made a cameo appearance in a nightclub scene; Lopez's soundtrack song, "Sinner Man", became a hit single (no. 54 pop/no. 12 adult contemporary). He was one of The Dirty Dozen (1967), appeared as himself in The Phynx (1970), and played the title role in Claudio Guzman's Antonio (1973). He made two appearances (playing different characters) on the television program Adam-12. In 1977, he played the role of Julio Ramirez in “The Mystery of the Silent Scream” which was part of The Hardy Boys/Nancy Drew Mysteries TV series.

Lopez remained a lifelong bachelor and had no children. His nephew, Trini Martinez, was the drummer for the Dallas indie rock band Bedhead.

Lopez died on August 11, 2020, at Desert Regional Medical Center in Palm Springs, California. He was 83, and suffered from complications of COVID-19.

Most albums are on the Reprise label, unless otherwise indicated.

The contents of this page are sourced from Wikipedia article on 12 Aug 2020. The contents are available under the CC BY-SA 4.0 license.
View Trini Lopez 's image gallery
Image Gallery 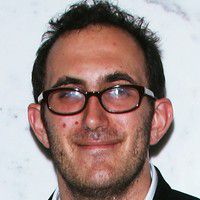