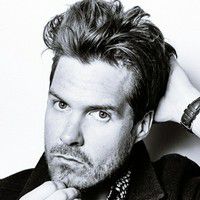 Trent Dabbs is an American singer-songwriter who was raised in Jackson, Mississippi and is based in Nashville for his professional career. As a solo artist, Dabbs has released eleven albums, including his latest album, Positano, as well as a self-titled collaboration album with Ashley Monroe since his move to Nashville. His songs have been played in several TV shows, including Grey's Anatomy, Private Practice, One Tree Hill, Vampire Diaries, Pretty Little Liars, Parenthood, American Idol, So You Think You Can Dance, and commercials for Crate & Barrel and Zales. He also co-produced and co-wrote many of the songs from Pure Country: Pure Heart.

In addition to Dabbs' career as a singer, he has also co-written several songs with other artists. Trent's songwriting credits include Ingrid Michaelson's Top 40 single, "Girls Chase Boys" released in February 2014, Kacey Musgraves' single, "High Horse" released in March 2018 and Coin's single "Growing Pains" released in 2018. He has written several songs that have been on ABC's Nashville including the songs "Undermine" and "Don't Put Dirt On My Grave Just Yet" that were both recorded by Hayden Panettiere and "Shine" that was recorded and released by Sam Palladio

Dabbs is also a co-founder of the musical collective Ten Out of Tenn, founded in 2005. In 2015, the collective celebrated its tenth anniversary, and sold out the Ryman Auditorium. In 2012, Trent released the debut album for his band, Sugar & The Hi Lows. He and his bandmate, solo artist, Amy Stroup also released a Holiday album, Snow Angel, in November 2012. The duo released its sophomore album, High Roller in June 2015.

So You Think You Can Dance

General authority of the church of latter day saints