Wayne Monte "Tree" Rollins (born June 16, 1954) is an American retired professional basketball player who played 18 seasons in the National Basketball Association (NBA) for the Atlanta Hawks, Cleveland Cavaliers, Detroit Pistons, Houston Rockets and Orlando Magic. The 7-foot-1-inch 275 pound Clemson graduate played center, and gained high esteem for his defense, particularly his rebounding and shot-blocking ability. He finished in the top three in blocked shots six times, leading the league during the 1982–83 NBA season. At the time of his retirement in 1995, he was fourth all-time in career blocked shots, behind only Hakeem Olajuwon, Kareem Abdul-Jabbar and Mark Eaton, with a total of 2,542. He currently holds the ninth highest total of career blocked shots, having been passed on the list by Dikembe Mutombo, David Robinson, Patrick Ewing, Tim Duncan, and Shaquille O'Neal. During his playing career, Rollins was given the nickname "The Intimidator".
In 1983, as a member of the Atlanta Hawks, playing in Game 3 of the Eastern Conference Quarterfinals, he got into a fight with Danny Ainge of the Boston Celtics. In retaliation for allegedly being called a sissy, Rollins elbowed Ainge in the face. Ainge subsequently tackled Rollins to the ground and the two began to wrestle. Rollins then bit Ainge's middle finger so badly that it required a couple of stitches. After the fight, Ainge was ejected and Rollins wasn't. However, the Celtics went on to win the series, 2-1. The incident inspired opposing fans to occasionally hold up signs referring to the incident with sayings like "If you can't beat 'em, eat 'em" during some of his subsequent games.
In the late 1980s, still with the Hawks, Rollins was asked how he felt about the team playing an exhibition game in the Soviet Union. Rollins replied that he had already been to the Soviet Union, "and I don't need to go back."
During the 1994–95 season, Rollins served as both assistant coach and backup center for the Orlando Magic. He was an assistant coach for the Washington Wizards and Indiana Pacers and one-time coach of the now-defunct Greenville Groove of the National Basketball Development League (NBDL).
Rollins joined the WNBA's Washington Mystics in 2006 as an assistant coach. On June 1, 2007, he was named interim head coach following Richie Adubato's resignation early in the season. Rollins led the Mystics to a 17-14 record. On July 19, 2008, following lopsided losses to the New York Liberty and Detroit Shock which put the Mystics at 8-14 on the season and 2½ games out of playoff position, he was relieved of his duties. The Mystics' aggregate record under Rollins over the two seasons was 25-28, second best in Mystics history. He was replaced on an interim basis by one of his assistants, Jessie Kenlaw. In 2013, Rollins became an assistant coach with the WNBA's Chicago Sky.
One small distinction for Rollins was that he was the last player to wear canvas Converse All Stars (leather ones were worn in 1982 by Micheal Ray Richardson) in the NBA when in the 1979–1980 season he laced up modified Chuck Taylors which had the Circle Star patch removed on the inside ankle. Instead these had star chevrons sewed to the sides of the canvas similar to the Converse All Star II that had been sold earlier. 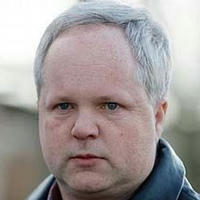 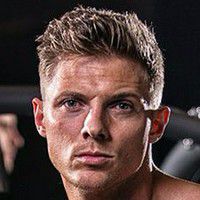