Tracy Flannigan is an award winning independent filmmaker residing in the Echo Park area of Los Angeles who began making movies when she was seventeen years old. She has worked professionally for the last fifteen years in the film business and has created numerous short films and music videos. Her work has been screened at many film festivals throughout the United States.
Tracy’s feature-length screenplay, The Late Great W.J., won a fellowship at the Squaw Valley Community of Writers.
Rise Above: A Tribe 8 Documentary marks Tracy Flannigan’s documentary feature debut. The film was made over a five-year period in which Tracy dedicated herself to capturing the lives and performances of the all women queercore band, Tribe 8. Rise Above has screened internationally and garnered the July Award for Best Documentary at Frameline, the San Francisco Gay and Lesbian Film Festival and earned Ms. Flannigan the Kodak Emerging Talent Award at Outfest, the Los Angeles Gay and Lesbian Film Festival.
Currently, Ms. Flannigan is in pre-production on a second feature-length documentary on the experiences of poverty-stricken illegal immigrants, who on a daily basis must find work outside stores like Home Depot. 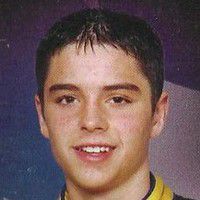