Oluwatosin Ayoyinka Olumide "Tosin" Abasi (born January 7, 1983), is a Nigerian American musician, best known as the founder and lead guitarist of the instrumental progressive metal band Animals as Leaders. Before founding Animals as Leaders, he was the guitarist for the technical metalcore band Reflux. He has recorded and released four albums with Animals as Leaders: a self-titled debut, Weightless, The Joy of Motion and their most recent album, The Madness of Many.

Born in Washington D.C. to Nigerian immigrants to the United States, Abasi's first name "Oluwatosin" means "God is worthy to be served" in Yoruba. His brother, Abdul Abasi, is a former drill sergeant in the United States military and is currently a fashion designer.

Abasi is a mainly self-taught guitarist. He first picked up a guitar at his friend's house, simply strumming it and making up basic licks on the spot. At this time he was being exposed to some music through learning the clarinet in elementary school. He later began to rent hair metal guitarists' instructional video tapes from his local music store, saying that some "were videos you did not want to be caught watching" due to the mild profanity in certain tapes.

Abasi said that when he decided to learn the guitar, his father was "totally liberal about the whole thing and encouraging and proud" and in fact, bought him his first guitar. However his mother initially held a more conservative outlook. Tosin said in an interview, “My mom definitely represents more of the traditional immigrant mentality of education and conventional channels being way more important than a creative endeavor".

He was the guitarist for the Silver Spring, Maryland-based metal band PSI. He joined Reflux in the early to mid-2000s. During a Reflux show, Prosthetic Records noticed his skill and offered him a record deal as a solo artist. At first, he refused, saying he didn't feel comfortable with his skill level to write his own record. Afterwards, Abasi enrolled at the Atlanta Institute of Music. After graduating, he contacted Prosthetic Records asking if the offer still held. He then formed his "solo" project, Animals as Leaders, the name loosely being derived from the book Ishmael.

Success with Animals as Leaders and onward

In 2009, he recorded the first Animals as Leaders release with Misha Mansoor (of Periphery), who produced and recorded the album with Tosin, as well as programming the drums. Javier Reyes and Navene Koperweis were enlisted on rhythm guitar and drums, respectively, after the completion of the album, turning the project into a full touring band. He also toured with the band Born of Osiris as a stand-in guitarist for former member Matt Pantelis whilst they were auditioning for a permanent replacement.

In 2011, Tosin started putting together material for a new band, T.R.A.M., consisting of his Animals As Leaders bandmate Javier Reyes, Suicidal Tendencies drummer Eric Moore, and former Mars Volta wind instrumentalist Adrian Terrazas. "T.R.A.M." stands for Terrazas, Reyes, Abasi, Moore. In mid-March 2011, T.R.A.M. played their first show at South by Southwest, a multi-day music festival in Austin, Texas. Tosin explained that he formed T.R.A.M. as a trio consisting of himself, Javier and Adrian as an outlet for some ideas he had written which he felt did not fit with Animals as Leaders. Eric Moore was not added into the line-up until the recording phase of the album, and wrote and performed all the drums on the album within a few weeks.

At NAMM 2013, Tosin Abasi's signature guitar, the Ibanez TAM 100, was revealed. This guitar is based upon the Ibanez RG2228 model, which he had been using for some years, and contains his signature DiMarzio Ionizer pickups.

On March 19, 2014, the Animals As Leaders' album The Joy of Motion was made available for streaming, via YouTube. On March 24, 2014, the album was released in Europe, March 25 in North America and on March 28 in Australia and New Zealand by Sumerian Records. The album was met with widely positive reviews. In July 2014, Tosin appeared in the first episode of Guitar Power, a web-series sponsored by D'Addario String and Rolling Stone Magazine.

As of March 2014, he was on tour with Animals As Leaders. In October 2014, it was revealed that Abasi would join Joe Satriani, Guthrie Govan, and Mike Keneally on the G4 tour in 2015.

In April and May 2016, Abasi joined Nuno Bettencourt, Yngwie Malmsteen, Steve Vai, and Zakk Wylde, as part of the Generation Axe tour. He is a Transcendental Meditation practitioner. 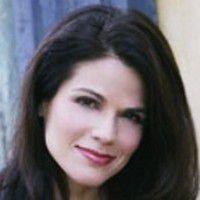 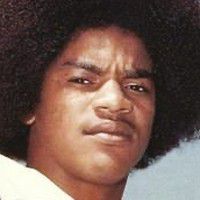 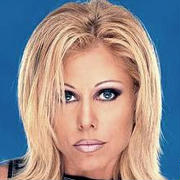