Kishida Toshiko was born in Kyoto Prefecture, Japan, in 1863. Kishida grew up during the Meiji-Taishō period, which lasted from 1868 through 1926. During this period Japanese leaders opened themselves up to new ideas and reformers called for “new rights and freedoms”. The women of this reformist movement were known as “Japan’s first wave feminists”. Kishida was one of these feminists and the focus of her movement was to aid young Japanese girls, particularly those of the middle and upper classes. Kishida and Japan’s other first wave feminists mainly focused on improving the status of women. It was their belief that this improvement “was essential if other technologically advanced nationals were to accept them”. In order for Japan to compete with the world’s superpowers, reformists stressed that equality had to be given to all Japanese women. With the reforms that took place in Japan, Japanese women were given greater opportunities to gain new rights and freedoms. The women coined the term “good wife, wise mother” which meant that “in order to be a good citizen, women had to become educated and take part in public affairs”.

Under first wave feminism, Kishida Toshiko spoke out against the inequality of Japanese women. Kishida worked at the imperial court as a tutor serving the Empress; however, she felt that the imperial court was “far from the real world” and was a “symbol of the concubine system which was an outrage to women”. After her career changing decision, Kishida took on the reform movement full time and began speaking all across Japan on the issues she most believed in. One of Kishida’s most controversial speeches was her 1883 speech, “Daughters in Boxes”. After she delivered the speech, she was “arrested, tried, and fined for having made a political speech without a permit” which was necessary under Japanese law at the time.

The "Daughters in Boxes" speech discussed and criticized the family system in Japan and the problems it raised for young Japanese girls. Although the speech criticized the family system that was in place in Japan, it also acknowledged that the system was a cultural fixture and many parents did not understand the harm that they could have potentially been causing their daughters by restricting them. Kishida recognized that upper and middle class Japanese parents did not mean to restrict their daughters' freedom. This ignorance existed because the parents were blinded by their overwhelming need to teach certain values in order to fit into Japanese culture and society.

In her speech, Kishida introduced the three “boxes” present in Japanese families. These boxes are not actual boxes but mental and emotional limitations. The boxes represented how Japanese daughters were locked into certain requirements. The first box is one in which parents hid their daughters, who not allowed to leave their room and any elements belonging to the outside world were blocked out. The second box demanded the obedience of the Japanese daughters. In this box, “parents refuse to recognize their responsibility to their daughters and teach her naught”. These daughters receive no love or affection and are expected to “obey their [parent’s] every word without complaint”. The final box presented by Kishida was one in which daughters were taught ancient knowledge. In this box, parents passed down an appreciation for knowledge to their daughters. Out of the three boxes, this final box was the one that Kishida valued the most. Because this box valued “the teaching of the wise and holy men of the past”, Kishida felt that its inclusion and focus on education empowered women.

Kishida also discussed her own version of a box. Her box would have no walls and be completely open and inspired by freedom. Kishida’s box “[allowed] its occupants to tread wherever their feet might lead and stretch their arms as wide as they wished". Unlike the other boxes Kishida described, her wall-less box, like the reformist movement hoped, would allow Japanese daughters to be educated and become active members of society. The speech also suggested that the boxes created for Japanese daughters should not be created in haste. She explained that if a box that was hastily constructed, the daughters would resent being placed in that box. Kishida not only warned about the construction of the boxes but recognized that the daughters trapped inside the boxes would run away because of their restrictive foundation. "Daughters in Boxes" analyzed and critiqued Japanese society and its treatment of Japanese girls. The absence of women’s rights in Japan sparked the feminist and reformist movement which Kishida Toshiko was a major part of. Kishida’s speech challenged the cultural norms of Japanese society in general. The speech also cemented the place of women and women’s movement in Japan’s history. 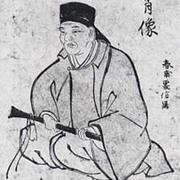