He was educated at and played for Shimizu Higashi High School and Waseda University. After graduating, he joined J1 League side Shimizu S-Pulse in 1996. He received J-League Young Player of the Year that season. He's been a long serving Shimizu player but is currently on loan to Division 2 side Shonan Bellmare for the 2007 and 2008 seasons.

In 2009, Saito was appointed player/manager of Japanese Regional Leagues side Fujieda MYFC. After promotion to the Japan Football League in 2011 and acceptance into J3 League for the 2014 season, Saito decided to leave the club.

He was capped 17 times for the Japanese national team between 1996 and 1999. His first international appearance came on August 25, 1996 in a friendly against Uruguay at Nagai Stadium in Osaka. He was an unused substitute at the 1998 FIFA World Cup. 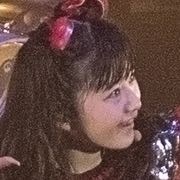