Wilson was the man behind some of Manchester's most successful bands. He was one of the five co-founders of Factory Records and the founder and manager of the Haçienda nightclub. Wilson was known as "Mr Manchester", dubbed as such for his work in promoting the culture of Manchester throughout his career.

He was portrayed by Steve Coogan in Michael Winterbottom's 2002 film 24 Hour Party People, and by Craig Parkinson in Anton Corbijn's 2007 film Control.

Wilson was born 20 February 1950 in Hope Hospital in the Hope area of Pendleton, Salford, Lancashire, to Sydney Wilson and Doris Knupfer, and moved to Marple, near Stockport in Cheshire, at the age of five. His maternal grandfather was German. After passing his Eleven plus exam, Wilson attended the De La Salle Grammar School in Weaste Lane, Pendleton, Salford. He developed a love of literature and language, ignited by a performance of Hamlet at Stratford upon Avon. Wilson started his professional career in 1968 at the age of 17, working as an English and Drama teacher at Blue Coat School in Oldham. He later graduated with a degree in English from Jesus College, Cambridge. After Dark during Easter 1991

After his graduation in 1971, Wilson began as a trainee news reporter for ITN, before moving to Manchester in 1973, where he secured a post at Granada Television. He went on to present Granada's culture, music and events programme, So It Goes. Through the 1970s and 1980s he was one of the main anchors on Granada Reports, a regional evening news programme, where he worked with Richard and Judy among others. He continued in this line of work even at the height of his success in the music industry.

In 1989, Wilson hosted The Other Side of Midnight, another Granada weekly regional culture slot, covering music, literature and the arts in general. Its Sunday night slot made it one of the UK's first experiments in late night weekend TV. He reported for ITV's celebrated current affairs series, World in Action in the early 1980s and also hosted Channel 4's After Dark, the UK's first open-ended, late night chat show, in which he chaired loose discussions in a darkened studio between intellectuals and celebrities of various descriptions. Wilson co-presented the BBC's coverage of The Freddie Mercury Tribute Concert at Wembley Stadium with Lisa I'Anson in 1992. He hosted the short-lived TV quiz shows Topranko! and MTV Europe's Remote Control in the 1990s, as well as the Manchester United themed quiz, Masterfan, for MUTV.

In 2006 he became the regional political presenter for the BBC's The Politics Show. He presented a weekly radio show on Xfm Manchester – Sunday Roast – and a show on BBC Radio Manchester. In October he joined Blur bassist Alex James, Blue Peter presenter Konnie Huq and previously unknown presenter Emily Rose to host the 21st century version of the iconic 1980s music programme, "The Tube", for Channel 4 Radio which ran until 2 March 2007. His final music TV show was filmed in December 2006 for Manchester's Channel M. Only one episode of the programme – entitled 'The New Friday' – was recorded before Wilson became ill.

Wilson's involvement in popular music stemmed from hosting Granada's culture and music programme "So It Goes". Wilson, who intensely disliked the music scene of the mid-1970s which was dominated by such genres as progressive rock and arena rock, saw the Sex Pistols at Manchester's Lesser Free Trade Hall, in June 1976, an experience which he described as "nothing short of an epiphany". He booked them for the last episode of the first series, probably the first television showing of the then-revolutionary British strand of punk rock.

He was the manager of many bands, including A Certain Ratio and the Durutti Column, and was part owner and manager of Factory Records, home of Happy Mondays, Joy Division and New Order – the band managed by friend and business partner Rob Gretton. He also founded and managed the Haçienda nightclub and Dry Bar, together forming a central part of the music and cultural scene of Manchester. The scene was termed "Madchester" in the late 1980s and early 1990s.

A semi-fictionalised version of his life and of the surrounding era was made into the 2002 film, 24 Hour Party People, which stars Steve Coogan as Wilson. After the film was produced, Wilson wrote a novelisation based on the screenplay. He played a minor role (playing himself) in the 2005 film, A Cock and Bull Story, in which his character interviews Steve Coogan. Wilson also co-produced the 2007 Ian Curtis biopic, Control (his character this time being played by Craig Parkinson). He died a few months before its release.

Wilson was a partner in the annual "In the City" music festival and industry conference, and also F4 Records, the fourth version of Factory Records, which was set up to be an online distributor for Wilson's long term protégé Vini Reilly, of the Durutti Column.

Wilson identified himself as a socialist and refused to pay for private healthcare on principle. Wilson was also an outspoken supporter of regionalism. Along with others including Ruth Turner, he started a campaign for North West England to be allowed a referendum on the creation of a regional assembly, called the "Necessary Group" after a line in the United States Declaration of Independence. Although his campaign was successful, with the Government announcing that a vote would take place, this was later abandoned when North East England voted against the introduction of a regional tier of government. Wilson later spoke at several political events on this subject. He was also known for using Situationist ideas.

Wilson was married twice, first to Lindsay Reade and then to Hilary, with whom he had a son, Oliver, and a daughter, Isabel. In 1990 he started a relationship with Yvette Livesey, a former Miss England and Miss UK, who was his girlfriend until his death in 2007.

Livesey has since co-operated with a biography of Wilson's life – called You're Entitled to an Opinion ... – written by David Nolan and published in 2009.

After Wilson developed renal cancer and had one kidney removed in 2007, doctors recommended he take the drug Sutent (a.k.a. sunitinib). Manchester Primary Care NHS Trust refused to fund the £3,500 per month cost of providing the drug, while patients being treated alongside him at the Christie Hospital and living just a few miles away in Cheshire did receive funding for the medication.

Wilson said: "This [Sutent] is my only real option. It is not a cure but can hold the cancer back, so I will probably be on it until I die. When they said I would have to pay £3,500 for the drugs each month, I thought where am I going to find the money? I'm the one person in this industry who famously has never made any money. I used to say 'some people make money and some make history', which is very funny until you find you can't afford to keep yourself alive. I've never paid for private healthcare because I'm a socialist. Now I find you can get tummy tucks and cosmetic surgery on the NHS but not the drugs I need to stay alive. It is a scandal."

In early 2007 emergency surgery was performed to remove one of his kidneys. This forced the postponement of plans to create a Southern Hemisphere version of the In the City festival. Despite the surgery, the cancer progressed and a course of chemotherapy was not effective. Wilson died of a heart attack in Manchester's Christie Hospital on 10 August 2007 aged 57. Following the news of his death, the Union Flag on Manchester Town Hall was lowered to half mast as a mark of respect.

Probate documents reveal his estate was valued at £484,747 after tax. That figure includes the value of his city centre flat on Little Peter Street. The will, signed by Wilson on 4 July 2007, gave Yvette Livesey, 39, his girlfriend of 17 years, the proceeds from their home. He also left her his share of six businesses. His son Oliver and daughter Isabel share the rest of his estate.

His funeral was at St Mary's RC Church, Mulberry Street, Manchester (The Hidden Gem) on the 20 August 2007. As with everything else in the Factory empire, Tony Wilson's coffin was also given a Factory catalogue number – FAC 501. He is buried at Southern Cemetery in Chorlton-cum-Hardy, Manchester. His black granite headstone, erected in October 2010, was designed by Peter Saville and Ben Kelly and features a quotation, chosen by Wilson's family, from Mrs G Linnaeus Banks's 1876 novel The Manchester Man, set in Rotis serif font. The quotation reads: "Mutability is the epitaph of worlds/ Change alone is changeless/ People drop out of the history of a life as of a land though their work or their influence remains."

The main square of the HOME/First Street development in Manchester, which opened in 2015, is named Tony Wilson Place. 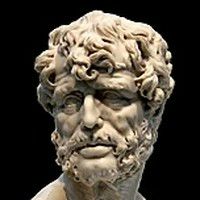 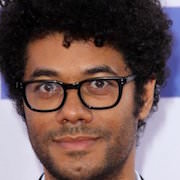 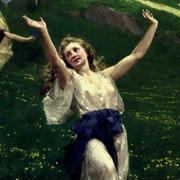