Anthony Charles Tuzzolino (born October 9, 1975, in Buffalo, New York) is a retired professional ice hockey center. Tuzzolino was drafted 113th overall by the Quebec Nordiques in the 1994 NHL Entry Draft. After completing his collegiate career with Michigan State University of the CCHA he went on to play professionally in both the major and minor professional hockey league teams. He played for the Mighty Ducks of Anaheim, the New York Rangers and for the Boston Bruins of the NHL and Cincinnati, Lexington, Hartford, Providence, and Houston in the AHL. His younger brother Nicolas Tuzzolino was also a professional hockey player who played in the AHL and ECHL.

Tuzzolino was drafted 113th overall by the Quebec Nordiques in the 1994 NHL Entry Draft. After completing his collegiate career with Michigan State University of the CCHA he went on to play a total of nine games in the National Hockey League. He played one game for the Mighty Ducks of Anaheim, six games for the New York Rangers and two games for the Boston Bruins. He did not score a point in those nine games, collecting seven penalty minutes.

In 2003, he moved to Italy to play in their Serie A league, where he had spells with Asiago, Bolzano and Cortiva in a three-year spell in the league. He also had a spell in Sweden's Elitserien with Modo Hockey. He briefly returned to America with the Flint Generals of the United Hockey League but soon returned to Italy, joining Renon Ritten. He signed on for another year with the club for 2007–08. After completing his second year with Ritten, Tuzzolino returned to Asiago signing a one-year contract on September 22, 2008.

In the 2009–10 season, Tuzzolino returned to Italy signing with Eppan-Appiano of the Italian Serie B on January 10, 2010.

A dual American-Italian citizen Tuzzolino represented Italy in the 2006 Winter Olympics. After four games with the Italians Tony finished the tournament as the leader with 32 penalty minutes. 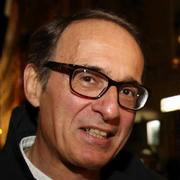 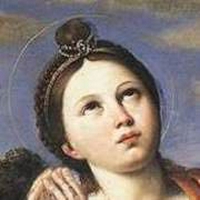