Anthony Giacinto Tarasco (born December 9, 1970) is a former Major League Baseball (MLB) outfielder for the Atlanta Braves, Montreal Expos, Baltimore Orioles, Cincinnati Reds, and New York Yankees between 1993 and 1999 and for the New York Mets in 2002. He also played with the Hanshin Tigers in the Japanese Central League in 2000.
Tarasco was involved in a controversial play in the 1996 American League Championship Series while playing right field for the Baltimore Orioles. While fielding a fly ball hit by New York Yankees shortstop Derek Jeter, 12-year-old fan Jeffrey Maier reached over the fence and caught the ball. The umpires called a home run, although the correct call was fan interference. The play was the turning point in the series, which the Yankees won.
Tarasco spent the remainder of his career as a part time player, often shuttling between the major and minor leagues. Ironically, Tarasco and Jeter were briefly teammates for a short time during the 1999 season.
Tarasco has a cameo appearance in the 1991 movie Talent for the Game in a Kansas City Royals uniform. He is a cousin of MLB shortstop Jimmy Rollins.
For a time, Tarasco was the minor league coordinator for the Washington Nationals. On November 14, 2012, the Nationals announced on that Tarasco would join their coaching staff in the 2013 season to coach first base and outfield. Tarasco served as first base coach for the Nationals through the 2015 season. On October 5, 2015, the entire Nationals coaching staff, including Tarasco, were fired after a disappointing 2015 season. 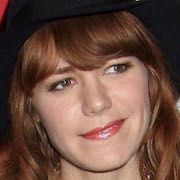