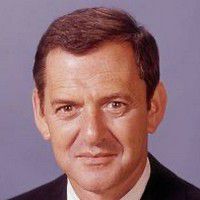 Tony Randall (born Aryeh (Arthur) Leonard Rosenberg; February 26, 1920 – May 17, 2004) was an American actor, producer, and director, best known for his role as Felix Unger in the television adaptation of Neil Simon's play The Odd Couple.

Randall was born to a Jewish family, in Tulsa, Oklahoma, the son of Julia (née Finston) and Mogscha Rosenberg, an art and antiques dealer. He attended Tulsa Central High School.

Randall attended Northwestern University for a year before going to New York City to study at the Neighborhood Playhouse School of the Theatre. He studied under Sanford Meisner and choreographer Martha Graham. Randall worked as an announcer at radio station WTAG in Worcester, Massachusetts. As Anthony Randall, he starred with Jane Cowl in George Bernard Shaw's Candida and Ethel Barrymore in Emlyn Williams's The Corn Is Green.

Randall then served for four years with the United States Army Signal Corps in World War II, refusing an entertainment assignment with Special Services. After the war, he worked at the Olney Theatre in Montgomery County, Maryland before heading back to New York City.

Randall appeared in minor roles on Broadway and supporting roles on tours. In the 1940s one of his first jobs was playing "Reggie" on the long-running radio series I Love a Mystery. In 1946, he was cast as one of the brothers in a touring production of Katharine Cornell's revival of The Barretts of Wimpole Street. His first major role in a Broadway hit was in Inherit the Wind in 1955 portraying Newspaperman E. K. Hornbeck (based on real life cynic H. L. Mencken). In 1958, he played the leading role in the musical comedy Oh, Captain!, taking on a role originated on film by Alec Guinness. Oh, Captain! was a financial failure, but Randall received a Tony Award nomination for his legendary dance turn with prima ballerina Alexandra Danilova.

Randall (left) with Jack Klugman in a publicity photo of The Odd Couple, 1972

His first major television role was as history teacher Harvey Weskit in Mister Peepers (1952–1955). He then starred in an NBC-TV special The Secret of Freedom, which was filmed during the summer of 1959 in Mount Holly, New Jersey, and broadcast on the network during the fall of 1959 and again in early 1960. Randall played a dramatic role in a 1962 episode of The Alfred Hitchcock hour called Hangover in which he played an alcoholic who strangles his wife in a drunken rage.

He returned to television in 1970 as Felix Ungar in The Odd Couple, opposite Jack Klugman, a role lasting for five years. The names of Ungar's children on The Odd Couple were Edna and Leonard, named for Randall's sister and Randall himself. In 1974, Randall and Jack Klugman appeared in television spots endorsing a Yahtzee spinoff, Challenge Yahtzee. They appeared in character as Felix and Oscar, and the TV spots were filmed on the same set as The Odd Couple.

Later he starred in The Tony Randall Show, playing a Philadelphia judge, and Love, Sidney. In the TV movie that served as the latter show's pilot, Sidney Shorr was written as a gay man, but his character's sexuality was made ambiguous when the series premiered. Randall refused to star in any more television shows, favoring the Broadway stage as his medium.

Randall was the host for the October 30 to November 2, 1987 free preview of HBO's short-lived premium channel Festival.

In September 1993, Randall and Jack Klugman reunited in the CBS-TV movie The Odd Couple: Together Again reprising their roles. The story began when, after Felix ruined plans for his daughter Edna's wedding, his wife Gloria threw him out of the house for 11 days, which left him no choice but to move back in with Oscar and to help him recover, getting him back in shape after throat cancer surgery left his voice very raspy. In 1991, he founded the National Actors Theatre (ultimately housed at Pace University in New York City) where he starred in A Christmas Carol (1994), The Inspector General (1994), Three Men on a Horse (1993), and gave his final stage performance in Luigi Pirandello's Right You Are (If You Think You Are) in 2003.

Periodically, he performed in stage revivals of The Odd Couple with Jack Klugman including a stint in London in 1996. The following year, Randall and Klugman reunited to appear on Broadway in a revival of The Sunshine Boys. From 1988 to 1990, he appeared in John Dexter's production of M. Butterfly.

On September 4, 1955, Randall and Jack Klugman appeared together with Gena Rowlands in the episode "The Pirate's House" of the CBS anthology series, Appointment with Adventure.

Randall was a frequent guest on The Tonight Show Starring Johnny Carson and often spoke of his love of opera, saying it was due in no small part to the salaciousness of many of the plotlines. He also admitted to sneaking tape recorders into operas to make his own private recordings. He chided Johnny Carson for his chain-smoking, and was generally fastidious. At the time of his death, Randall had appeared as a guest on The Tonight Show 105 times, more often than any other celebrity.

Randall appeared frequently on What's My Line?, Password, The Hollywood Squares, and the $10,000 and $20,000 Pyramids. He also parodied his pompous image with an appearance as a "contestant" on The Gong Show in 1977.

First aired on October 11, 1980, Randall was a guest star on the 5th and final season of The Muppet Show. This was the 100th episode of the show.

Randall, along with John Goodman and Drew Barrymore, was one of the first guests on the debut episode of Late Night with Conan O'Brien on 13 September 1993. He would also appear in Conan's 5th Anniversary Special with the character PimpBot 5000. Randall was also a frequent guest on both of David Letterman's late-night shows Late Night with David Letterman and the Late Show with David Letterman, making 70 appearances, according to his obituary in the Washington Post; Letterman said that Randall was one of his favorite guests, along with Regis Philbin.

On November 7, 1994, Randall appeared on the game show Jeopardy!, as part of a Special Edition Celebrity Jeopardy! episode, playing on behalf of the National Actors Theatre. He came in second place after General Norman Schwarzkopf, Jr. and before Actress Stefanie Powers, with a final score of $9,900.

In 1973, Tony Randall and Jack Klugman recorded an album called The Odd Couple Sings for London Records. Roland Shaw and The London Festival Orchestra and Chorus provided the music and additional vocals. The record was not a chart-topper but is a highly sought-after item for many Odd Couple fans.

A noted raconteur, Randall co-wrote with Mike Mindlin a collection of amusing and sometimes racy show business anecdotes called Which Reminds Me, published in 1989.

In keeping with his penchant for both championing and mocking the culture that he loved, during the Big Band era revival in the mid-1960s he produced a record album of 1930s songs, Vo Vo De Oh Doe, inspired by (and covering) The New Vaudeville Band's one-hit wonder, "Winchester Cathedral". He mimicked (and somewhat exaggerated) the vibrato style of Carmen Lombardo, and the two of them once sang a duet of Lombardo's signature song "Boo Hoo (You've Got Me Crying for You)" on The Tonight Show.

Randall was an advocate for the arts. During the summer of 1980, he served as the celebrity host of the New York Philharmonic Orchestra's concerts in Central Park, New York City.

He was politically liberal. During the U.S. presidential primaries in 1972, he appeared as the featured celebrity at numerous fundraising house-parties for Democratic candidate George McGovern. Randall was married to Florence Gibbs from 1938 until her death from cancer on April 18, 1992. The following year, he said, "I wish I believed I'd see my parents again, see my wife again. But I know it's not going to happen." He remarried on November 17, 1995, to Heather Harlan, an intern in one of his theatrical programs. At the time, Tony was 75 years old and Heather 25. The couple lived in a Manhattan apartment and bought a vacation apartment, in Key Biscayne, in 2003. They had two children, Julia and Jefferson, and remained married until his death, in May 2004.

In his book Which Reminds Me, he said that any publicity an actor generates should be about his work, not himself. "The public knows only one thing about me: I don't smoke."

Randall died in his sleep on May 17, 2004, at NYU Medical Center of pneumonia that he had contracted following coronary bypass surgery in December 2003. He had been hospitalized since the operation. His remains are interred at the Westchester Hills Cemetery in Hastings-on-Hudson, New York State.

Randall was nominated for five Golden Globe awards and six Emmy Awards, winning one Emmy in 1975 for his work on the sitcom The Odd Couple. In 1993, he received The Hundred Year Association of New York's Gold Medal Award "in recognition of outstanding contributions to the City of New York." Pace University granted him an honorary Doctor of Fine Arts degree in 2003. In 1999 the City College of New York honored Randall with the John H. Finley Award for outstanding service to the City of New York. 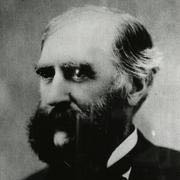 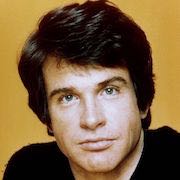 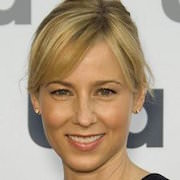 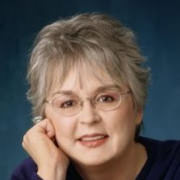