Anthony Ricardo Paige (born October 14, 1962 in Washington, D.C.) is a former professional American football player who played running back for nine seasons for the New York Jets, Detroit Lions, and Miami Dolphins of the National Football League. Paige went professional in 1984 as a sixth round selection of the New York Jets. He led the Jets in touchdowns (10) as a rookie starter. After nine seasons in the league, he retired at the age of 30.

He has been an NFL agent since 1994, representing players like Cam Newton of the Carolina Panthers, Randy Starks of the Miami Dolphins and 4-time Pro Bowl selection Kris Jenkins, now a Studio Analyst for SNY and CBS. He is with the Washington, D.C.-based representation firm Perennial Sports and Entertainment. 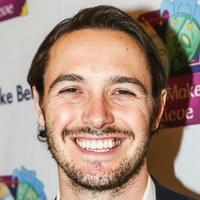